The petitioner said HPCA and the BCCI have not paid anything to Government.

The Himachal Pradesh High Court Tuesday issued notice to the Board of Control for Cricket in India (BCCI) and others over payment dues regarding security cover for the Indian Premier League (IPL) matches at the Dharamsala cricket stadium. Hearing a petition of Vinay Sharma, a division bench Chief Justice Mansoor Ahmad Mir and Justice Tarlok Chauhan also issued notice to the Himachal Pradesh Cricket Association (HPCA), the state and IPL team Kings XI Punjab, whose home ground is Dharamsala.

The petitioner said the HPCA and the BCCI have not paid any amount to the state government for security charges and other legal dues such as taxes since 2010 when the first Indian Premier League match was played at the HPCA stadium. He said nine IPL matches and one international match have been played in the stadium and one more international match is scheduled there Oct 17.

He also informed the court that more than 1,500 police personnel are being deployed in Dharamsala for more than week during the forthcoming match and the government has to spend Rs.70 lakh to Rs.one crore for providing security. He said the government had spent around Rs.10 crore on security during the previous matches.

The bench directed the respondent to file replies within four weeks and posted the matter for next hearing Dec 9. The HPCA stadium in Dharamsala, some 250 km from here, is the venue for the fourth ODI between India and the West Indies. 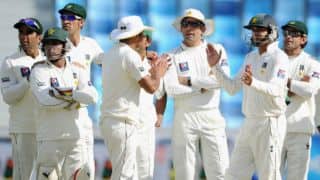 Pakistan vs Australia 2014: Michael Clarke hopes for Australia to carry their winning ways into Tests