Rana scored his first ton at this level, against Rajasthan at Lahli

Himanshu Rana, the 16-year old Haryana all-rounder continued his impressive show in his third First-Class game. After fighting a lone battle with bat against a strong Delhi attack on his debut, Rana scored his first ton at this level, against Rajasthan at the Chaudhry Bansi Lal Cricket Stadium, Lahli on Thursday. By doing that he now became the seventh-youngest Indian (16 years 120 days) to score a hundred at the First-Class level after Dhruv Pandove, Sachin Tendulkar, Abbas Ali Baig, Mohinder Pandove, Alind Naidu and Ramesh Saxena.

Rana along with Nitin Saini struck sparkling centuries as they rescued Haryana after a top-order collapse and put them in a strong position by reaching 339 for 7 on the opening day of their Ranji Trophy 2014-15 Round Eight match against Pankaj Singh-led Rajasthan. After being asked to bat, Haryana were reduced to 66 for four in the 19th over before Rana (149) and Saini (100) put on 205 runs for the fifth wicket in a brilliant partnership to take the home side out of trouble and then to a position of strength. Rana, who hit 18 boundaries and a six in his 240-ball innings, was the last man dismissed on the day, PTI reported. 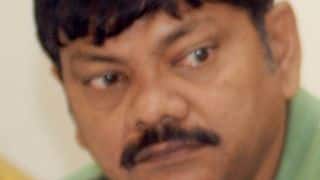 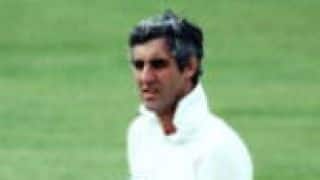