Rohit says the Test series against South Africa could have been all over for him had it not been for a fresh change in mindset. Rohit Sharma has found unprecedented success in Test cricket during his second-coming as an opener, but there was a time when being constantly in and out of the team led India’s limited-overs vice-captain to not pay attention to Test cricket at all.

Before donning the role of a Test opener for India, Rohit, since had played 27 Tests since making his debut in 2013. In comparison to the remarkable form in ODIs and T20Is, Rohit’s Test form remained dodgy, which at times landed him in the reckoning behind Ajinkya Rahane and Cheteshwar Pujara.

But with Shikhar Dhawan and Murali Vijay out of the Test reckoning and Prithvi Shaw running into a doping ban, the door opened for Rohit to be tried as Test opener and the results have been ominous. In six innings, Rohit has piled 556 runs including two centuries and a double hundred.

“Honestly speaking, I stopped thinking about Test matches long time back,” Rohit told PTI. “Earlier, I was thinking too much about success in Tests. I would go overboard as to why is this happening, why am I playing that shot. After each Test innings, I would go to our video analyst, sit, watch and then confuse (clutter) my brain further. That wasn’t actually the right thing that I was doing,” recalled one of India’s greatest white ball players.

“Thinking too much about technique was not allowing me to enjoy the game. All that was there in my mind was ‘Oh I need to do well in Test cricket’. So, before 2018-19 Australia series, I told myself ‘Boss whatever has to happen will happen and I am not going to think about technique’.”

Despite people writing him off from Test cricket, Rohit had found a fresh lease of life. In his debut innings as opener, Rohit scored a starry 176 in the first innings and followed it with a 127 in the second. During the final Test at Pune, as India eyes a 3-0 whitewash, Rohit struck his maiden double century in the format as the hosts ransacked South Africa to claim innings win in all three matches. Rohit admits it could have all been over for him had it not been for a fresh change in mindset.

“If you talk about opening in the SA series, from people’s perspective, it was my last chance but I am a sportsman and I can’t think like that. If I thought it was my last chance then I wouldn’t have scored runs with that mindset. You can’t allow negative thoughts to creep in when you are playing such a high profile sport,” he said.

“I know that I am no longer 22 or 23 years old that I will keep getting opportunities in Test matches and can take my place for granted. I know that every time I go out there, I have to put a high price tag on my wicket. I am blessed to get an opportunity that many are waiting for. So, why should I regret worry or think about so many things?” 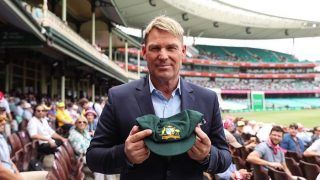 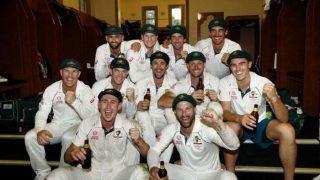