Four of international cricket s 12 Test nations have confirmed to line-up for the Hong Kong World Sixes on October 28 and 29.

Hong Kong: Four of international cricket s 12 Test nations have confirmed to line-up for the Hong Kong World Sixes on October 28 and 29 at Kowloon Cricket Club. The first teams confirmed to join hosts Hong Kong in the eight-team tournament include Australia, Sri Lanka, Bangladesh and South Africa. History will also be made with the Marylebone Cricket Club (MCC) taking part for the first time as part of their initiative to grow the game in China. The MCC are owners of the iconic Lord s Cricket Ground and have been the guardian of the laws of cricket since 1788. The remaining participating teams will be announced shortly.

Tickets go on sale from todayvia Ticketflap(https://www.ticketflap.com/hksixes) with early bird specials for two-day weekend pass tickets priced at $1,000 for23 matches of world-class cricket played over two days in the bucolic confines of the Kowloon Cricket Club. The early bird windowwill close on 6 October or after the allocation of 500 tickets is sold, whichever comes first, after which adult weekend passes will increase to $1,200. Adult single day tickets are $600 on Saturday and $700 on Sunday, while a limited number of children s tickets will be on offer for youth aged 12 and under – priced at $350 for a daily ticket and $600 for a weekend package while supplies last.

Individual hospitality packages are also available for sale in the new Peroni Boundary club with lunch and free flow beverages provided by Peroni, the official beer of the Hong Kong World Sixes 2017. South Africa are the defending champions, having won the event when it was last held in 2012, while England and Pakistan have been the most successful exponents of the short format, winning five Hong Kong Sixes titles each.

We are excited to welcome both test nations and our first ever club side to take part in the Sixes, particularly an iconic club like MCC, with its prestigious cricket history, said Jonathan Cummings, Director of Cricket Hong Kong. Fans at the ground are in for a weekend of non-stop action and this is just the start of something much bigger for the sport here. We hope to add a number of emerging nations to the tournament in future years once the event is ready to take that step. We see what Rugby and the Sevens have done in helping the game grow in new markets around the world, and that s something we believe that we can do with the Sixes format for years to come, Cummings added.

Teams will be split into two pools of four with all of the preliminary matches to be played on the Saturday (28 Oct.) and the finals matches to be played on the Sunday (29 Oct.). Fulfilling their promise to reinvent the format for Sixes 2.0 , the organizers are pleased to announce that for the first time ever the Hong Kong World Sixes will be broadcast over both television and digital platforms.

A number of other new innovations will be included to build upon the renowned fast-paced Sixes format in keeping with the tournament s history of innovation. Each match lasts just 45 minutes, with eight six teams playing off in a five overs a side contest with 23 games held across both tournament days, offering spectators over 20 hours of sporting entertainment. 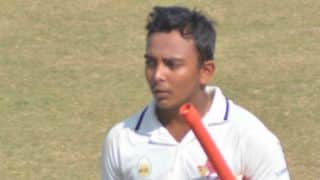