Bairstow will be the senior most player of the side with the likes of Jason Roy, Joe Root, Jos Buttler, Ben Stokes and Moeen Ali all rested for the tour.

Jonny Bairstow is hoping England can draw some inspiration from their 50-over maiden World Cup title in the upcoming ICC T20 World Cup which is exactly 12 months from today.

England overcame a gritty New Zealand side in the final of the ICC World Cup 2019. The Three Lions get their preparations underway for the T20 mega event in Australia next year against New Zealand where Eoin Morgan will be in-charge of squad featuring a bunch of new faces.

Bairstow will be the senior most player of the side with the likes of Jason Roy, Joe Root, Jos Buttler, Ben Stokes and Moeen Ali all rested for the tour. “I think it does feel like the start of that journey towards the T20 World Cup,” Bairstow said after England’s victory in the warm-up fixture in Lincoln.

“It’s going to come around thick and fast. Seeing guys who’ve played county cricket taking the step up to international cricket is going to be fascinating. That, coupled with the guys that are not on this tour but will come back into the team, there’s going to be competition for places.

“The cycle for the 50-over World Cup started four years ago. Hopefully we’re fortunate enough that the way we’ve played our 50-over cricket will lead us well into our T20 cricket.

“It’s a fascinating period to be playing cricket for England. There’s some very, very talented guys that have played a lot of cricket now for England that are all together and have the experience of going through the ups, the downs and everything in between.”

England s last T20I assignment against Pakistan in May just ahead of 50-overs World Cup saw the likes of Ben Foakes and Ben Duckett making their international debut after impressing in the domestic circuit.

“You’ve got guys playing T20 in competitions around the world whether that be the Indian Premier League, Big Bash or whatever it may be, so I’m not too sure it’s going to make too much of a difference,” Bairstow said.

“Then you’ve got the Hundred that’s starting next year so that’s an even shorter format that will allow people to put their skills on show to potentially push for that squad.” 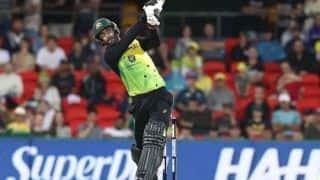 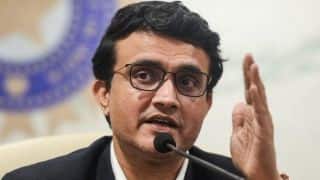