There are also reports that the BCCI fears a loss of about US $30 million if Champions Trophy 2021 is replaced by a WorldT20.

The Indian cricket board had egg on its face when the International Cricket Council (ICC) decided during its quarterly meet here to convert the Champions Trophy conceived by the country’s late administrator of the game, Jagmohan Dalmiya in 1998 when he helmed the global body into a WorldT20.

The loss of face is more as India is slated to host the 2021 event the cut off date for the change in format ordained by the ICC and the country’s cricket mandarins had been crying from rooftops that they would resist any alternation of the 50-over variant.

At the end of the five-day conclave on Thursday, ICC Chief Executive Dave Richardson said the global body has “unanimously agreed” that the 2021 meet would now be a 16-team event in the shortest format, effectively scrapping the eight-team Champions Trophy.

Richardson virtually rubbed more salt into the wound when he disclosed during the customary post meeting media conference that, a “BCCI representative” who attended the meeting where the decision was taken, voted in favour of the motion and it was passed unanimously.

“So I don’t think that’s an issue,” Richardson said.

Days earlier, a top official of the Board of Control for Cricket (BCCI) had told IANS on the sidelines of the ICC meet that the Champions Trophy is “synonymous” with 50-over cricket, like Test cricket is always played over five days.

“The sun rises in the east. Similarly, Test cricket is played over five days and the Champions Trophy is a 50-over format tournament,” the official had said in an informal chat.

There are also reports that the BCCI fears a loss of about US $30 million if Champions Trophy 2021 is replaced by a WorldT20.

BCCI acting secretary Amitabh Chaudhury was quoted as saying after Richardson’s press conference that “India will never support the decision”.

In the press conference on Thursday, Richardson made it clear in as many words that the ICC is now looking to broad-base the game with the help of T20 cricket’s popularity.

The ICC chief executive even asserted there will be no five-day format in women’s cricket, as “barring Australia and England, no other country’s eves wanted to play in white flannels”. Instead, there would be a clutch of T20 International matches, which most teams want to be engaged in.

He also stated the ICC has granted T20 international status to all its 104 members.

Meanwhile, on another front, the BCCI tried to put the ball back in the neighbouring country’s court after Pakistan Cricket Board (PCB) chief Najam Sethi had cried foul over the Indian board not honouring a Memorandum of Understanding (MoU) signed in 2014.

Chaudhury, in an interaction with journalists, had said it was not a “binding contract” as the PCB claims but was a mere “statement of intent”. The BCCI has always maintained that it “cannot do anything” unless the Indian government green lights India taking on Pakistan in a bilateral series. Sethi made light of those talks too, saying the ICC does not want government interference in cricketing matters.

The PCB has sought US $70 million in compensation claim against India for refusing to play a bilateral series, violating a MoU under which the two were to play six bilateral series between 2015 and 2023.

On Thursday, Richardson said the “BCCI can’t decide” alone on how to go about things.

“It would be great to see them play more regularly and bilaterally as opposed to just ICC events. It’s an issue that’s beyond an area of influence. Even the BCCI can’t simply decide. It’s more complicated,” Richardson had said.

The ICC Disputes Resolution Committee will take a call on whether BCCI will have to shell out a compensation price for not honouring the alleged MoU later this year. But at the end of the day, BCCI and PCB remained more at loggerheads and refused budge from their earlier stance.

The new Future Tours Programme (FTP) cycle between 2019-2023, which will see nine teams take part in a Test Championship, would be devoid of any India-Pakistan clash. “If the Dispute Resolution Committee rules in our favour, the FTP has to be changed,” warned Sethi saying “India have not slotted any series against Pakistan in the Test Championship”. 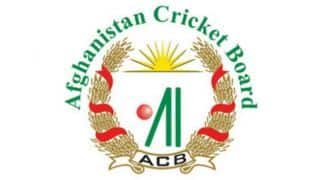 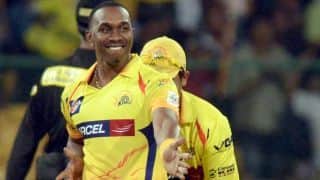