Shubman Gill will be playing for Kolkata in Indian T20 League.

Star of India s Under-19 ICC World Cup 2018 winning campaign, Shubman Gill has opened up about his experience about playing against Pakistan. Pakistan and India have always been aggressive on the field, and at u-19 level the story is no different. Speaking to Yahoo.com, Gill said: It is one of my best innings. Before that, I was a little nervous because we were playing Pakistan. They had a good bowling attack and I was under a bit of pressure and there was so much hype around the game. We got off to a good start and the opposition was sledging. That pumped me up and I also got involved. They just abused me ( yeh Bangladesh ke bowlers nahi hai ), so I replied hum bhi Pakistan ke batsmen nahi hai . I got really motivated by that.

Gill is preparing to play for Kolkata in the Indian T20 League, after being purchased by the franchise for INR 1.8 Cr. He said: I was actually sleeping when people came and told me that I had been picked up by KKR. I was more focused on the U-19 World Cup rather than the auction because the Under-19 World Cup is a once in a lifetime thing.

Kolkata take on Bangalore in their opening game at Eden Gardens on Sunday. 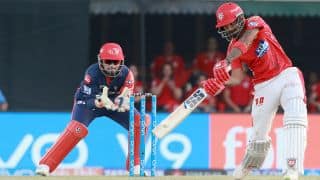