With just 15 days to go for the third ODI HPCA still awaits the security clearance by the state government.

With just 15 days to go for the third One-Day International (ODI) between India and West Indies to be hosted, the Himachal Pradesh Cricket Association (HPCA) still awaits the security clearance by the state government to stage the match on October 17.

The public relation officer of HPCA, Sanjay Sharma said, “We have written in advance to the Chief Secretary Govt of Himachal and DG police, beside Deputy Commissioner and Superintendent of Police District Kangra, but no response has been received by us till date.”

Sharma said that the match is just couple of weeks away and the attitude of the state government is suspicious. When asked whether some security fee was demanded by Himachal government, the PRO said that during the last ODI in 2013 (India-England) at Dharamsala the police security was provided by the same government, and no fee was paid.

“Besides the India-England ODI, the Dharamsala Stadium also organised nine IPL matches and every time the then state governments provided the needed securities and never was a penny demanded for the same. But this time it is heard that CM has indicated about security fee.”

Sharma said that the International matches given to Dharamsala are the national commitments, like international festivals, and government must treat them equally.

The venue is unique in India as it is situated at an altitude of 1,457 m (4,780 ft 2 in) above sea level and has the spectacular snow-capped Himalayan mountains in the background.

It is often considered the fastest pitch in India. The first international team that played here was the Pakistan team, which played a match against an India A in 2005.

The venue played host to its first ODI between India and England in January 2013, despite snow falling at the ground in the preceding weeks, which the visitors won by 7 wickets . The ground has not yet hosted an International Test match or an International T20 match. 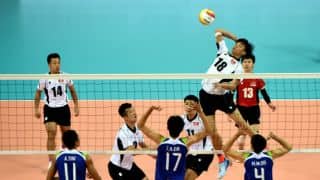