Phillip Hughes may have to return to state cricket to rediscover his touch after another batting failure in Australia's shock second Test loss to New Zealand, skipper Michael Clarke said Monday. Phillip Hughes may have to return to state cricket to rediscover his touch after another batting failure in Australia’s shock second Test loss to New Zealand, skipper Michael Clarke said Monday.

The opener’s Test future once again looks uncertain ahead of the India series after he fell early on the fourth day as Australia collapsed to 233 all out, handing the Kiwis a seven run victory at Bellerive Oval.

Hughes was again found out outside off-stump and was caught in the slips for 20 off Chris Martin’s bowling for the fourth straight innings.

His poor form — the struggling left-hander scored 41 in four innings against the Kiwis — will intensify pressure on his spot ahead of the Test series with India, which starts at the Melbourne Cricket Ground on Boxing Day.

While Hughes’ technique flounders, opening batting partner David Warner built a strong case for his retention by carrying his bat through the second innings with an unbeaten 123.

Clarke indicated that Hughes could try to cure his shattered confidence with a spell for his home state New South Wales.

“He’s obviously really disappointed like all the batters are for the way we played today, but Hughesy is probably most disappointed he’s been getting out the same way,” Clarke said.

“He needs to find some runs, it’s as simple as that. If he’s not making them for Australia, he’s going to have to go to back to New South Wales and find them there.”

Should he be dropped for the India Test opener, Hughes will have to find form in the helter-skelter of the Twenty20 Big Bash League with no four-day Sheffield Shield matches listed until early February.

“I’m not sure how it’s going to work, so you’ll have to be picked in the Test team from the Big Bash.

“He needs some runs, but he’s not the only one. I want to make that very clear.”

Clarke was asked at his post-match news conference if he would be confident taking the beaten Hobart Test team into the Boxing Day blockbuster against India.

“If the selectors decide this is the best 11 players to win the game on Boxing Day then I think it would be, but it’s something that obviously needs to be discussed over the next few days,” he said.

“To be honest the last thing I’ve been thinking about over the last few days is selection, I’ve been trying to get my head around winning this Test match, but now… no doubt I will be on the phone talking with the selectors about what the best squad is.”

Clarke said inconsistency was frustrating the Australian team, with just three wins in eight Tests under his captaincy.

“You’re seeing some really good patches of individual excellence and as a team we’re playing really well in patches, but then you see the other side as well where we’re letting ourselves down with very poor performances,” he said.

“We’re inconsistent at the minute which is giving us all a pain in the backside.” (AFP) 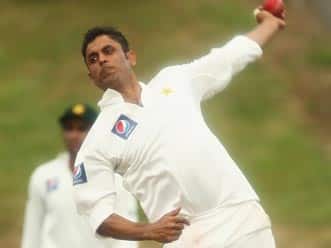