Allrounder James Neesham marked a successful return to international cricket against Sri Lanka having not played for New Zealand for 18 months.

Allrounder James Neesham marked a successful return to international cricket against Sri Lanka having not played for New Zealand for 18 months. In the recently concluded three-ODI series against Sri Lanka which the hosts won 3-0, Neesham was in blazing form with the bat scoring 47*, 64 and 12* in the three innings apart from picking up six wickets as well.

He was though ruled out of a one-off T20I against Sri Lanka due to a hamstring strain.

Neesham credits his form to a change in mindset, not getting nervous before a game and playing freely without any feeling any burden on his shoulders. I wasn t nervous at all before the Sri Lanka series. Neesham told Radio NZ. “In the past, I ve been quite self-critical and anxious before games. I acted like the world was on my shoulders. It s a clich to say relax go out and have fun, but I genuinely didn t really mind if I got runs or wickets.

The 28-year-old is proud of the work he has done during his time away from international cricket but admits he was under no illusion of a return.

Anyone who spends 18 months out of a team and comes back and says I always believed I d make it back is either a liar or an idiot. I m pretty proud of the last 18 months being able to get back up, dust myself off make it back for a pretty successful comeback against Sri Lanka.

I m proud of just doing the work. I made a bit of a pact with myself that no matter how I was feeling on a day, it didn t matter if I hated it or if I was done or whatever just do the work and get it done and get out of here.

Neesham has scored 934 runs and taken 40 wickets in 44 ODIs and will be aiming to continue the positive start in the World Cup year. I ve been a good player and trainer when I feel like it, but not at other times when under the weather or not really feeling it. There s certainly been a bit of a change over the past year or so, he said. 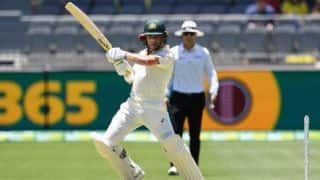 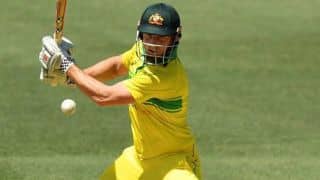