Dinesh Karthik is back in the Indian cricket team after being out for more than three years. He is currently playing in the five-match series against South Africa.

New Delhi: Dinesh Karthik is back in the Indian cricket team after being out of international cricket for more than three years. He is currently playing in the five-match series against South Africa and will look to book his place for the upcoming T20 World Cup in Australia.

The wicketkeeper-batsman had a stellar Indian Premier League (IPL) 2022 with the Royal Challengers Bangalore (RCB) as he reached the playoffs of the tournament with the team. The selectors rewarded him with a place in the Indian side which will also open the doors for him to play in the World Cup.

Dinesh Karthik said that he feels special about his comeback into the Indian team and will do his best to keep a place in the side. “I am very happy, very proud. It’s an incredible atmosphere and team to be part of. For about three years, I’ve been looking from the outside. I’ve been looking at how special it is to be a part of this team. I am enjoying and very grateful for every second I am here,” Karthik said to BCCI.TV.

The veteran also revealed that he always wanted to make a statement by coming back into the team. Playing for Team India has been his biggest driving force behind Dinesh Karthik.

“The urge, the fire in the belly in terms of wanting to come back here, wear the national colours and represent the India team is something that I dream of everyday, and that is what has kept me going consistently in the last decade or so,” Karthik concluded.

He had an incredible IPL 2022 season, scoring 330 runs in 16 innings, guiding RCB in the slog overs with his power-hitting and managing a strike rate in excess of 183. 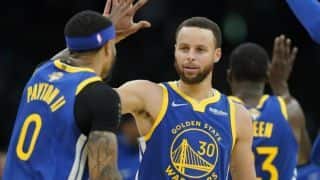