Lara spoke about his initiation to cricket and the sacrifices that his father made to make him a professional cricketer.

Dubai: The willow in his hand was like paint brush but the first time that a four-year-old Brian Lara put wood to leather, it was a bat shaped out of a coconut branch by his elder brother.

One of the greatest batsman to have ever graced the game, Lara spoke about his initiation to cricket and the sacrifices that his father made to make him a professional cricketer.

“My brother shaped a cricket bat out of coconut branch. You know Caribbeans are tropical and they love their coconut trees. I was only four years old,” Lara told ICC Cricket 360.

The left-hand West Indies batsman, who accumulated 11,953 Test runs at an average of 52.88 and 10,405 in one-day internationals at 40.48, said that as a kid, he and his friends could play with anything that they could lay their hands on.

“I believe in street cricket. I mean we played cricket with anything we could put our hands on. Hard orange, lime, or marble, in the backyard, in the streets. I played all sports as well.

“It used to be very seasonal in the Caribbean when we played cricket. We played football in the wet season and I also played table tennis as well. But I felt that I was developing in cricket more than anything else. It was my dad’s influence that he decided that I play less football and more cricket.”

Talking about his father, Lara recollected how his father ran a league in the village.

“My dad loved cricket and ran a league in our village. He made sure he gave me everything, he sacrificed what he had to, to make sure I had what I needed to perform at the best level,” Lara said. 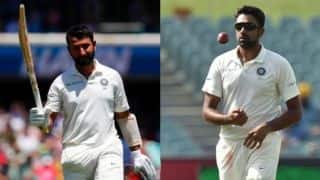 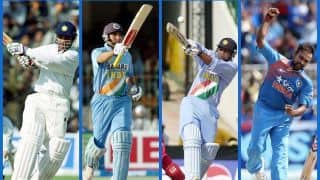