Delhi Capitals veteran spinner Ravichandran Ashwin has revealed that he couldn’t sleep for 8-9 days when he decided to pull out of IPL 2021. Ashwin took the decision after his family contracted the Covid-19 virus. The off-spinner stated that it was really difficult for him to concentrate in the bubble.

The experienced player had taken to his social media handle to reveal the news. Later, Ashwin’s wife Prithi Narayan had revealed that the off-spinner wanted to be with his family during the testing time.

Ashwin said on his YouTube Channel, “Almost everyone from my place had got affected due to COVID. In fact, a few of my cousins also got admitted and were serious and they somehow recovered. I couldn’t sleep for almost 8-9 days. Since I couldn’t sleep, it was really stressful for me. I was playing matches without getting any sleep. And since I found it really taxing, I had to quit IPL and go home midway. In fact, when I left, around that time, I had thoughts on whether I will be able to play cricket thereafter. But still, I did what was required at that point in time.”

In fact, Ashwin added that he was thinking of making a comeback to the tournament but then the IPL 2021 was postponed indefinitely by the BCCI after a surge in the number of Covid-19 cases.

“I thought there won’t be any cricket for some time. Even IPL got postponed. In between, when people in my house started recovering, I thought of coming back into the IPL and that’s when IPL was called off.”

Meanwhile, Ravichandran Ashwin could only scalp a solitary wicket in the five matches he played in IPL 2021 but bowled with an impressive economy rate of 7.73. Ashwin is now going to hold the key for the Indian team in the upcoming World Test Championship final against New Zealand and the five-match Test series against England. If I Don't Get This Right, I Won't Play Any Cricket - Jofra Archer on Elbow Injury Recovery 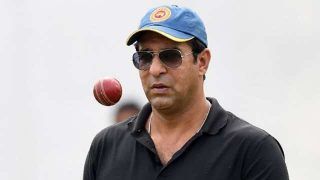