Ollie Robinson was left red-faced after his racist and misogynist tweets resurfaced on Twitter forcing him to issue an apology.

London: Ollie Robinson was the pick of the bowlers for England as he returned with figures of 2 for 50 on the first day of the first Test against New Zealand at Lord’s but little did he know that he would be left red-faced at the end of the day after his racist and misogynist tweets resurfaced on Twitter forcing him to issue an apology.

“On the biggest day of my career so far, I am embarrassed by the racist and sexist tweets that I posted over eight years ago, which have today become public. I want to make it clear that I’m not racist and I’m not sexist,” he said in a statement.

Ollie Robinson has apologised “unreservedly” for a number of racist and sexist messages he posted on Twitter in 2012, with the 27-year-old adding that he was “embarrassed” by the social media posts that resurfaced on the day he made his England Test debut.

“I deeply regret my actions, and I am ashamed of making such remarks. I was thoughtless and irresponsible, and regardless of my state of mind at the time, my actions were inexcusable. Since that period, I have matured as a person and fully regret the tweets,” added the right-arm bowler Robinson in the statement.

“Over the past few years, I have worked hard to turn my life around. I have considerably matured as an adult,” he further said.

“The work and education I have gained personally from the PCA, my county Sussex and the England Cricket Team have helped me to come to terms and gain a deep understanding of being a responsible professional cricketer.”

Robinson had made offensive tweets between 2012 and 2014 which targeted Blacks, Muslims, women and Asians.

“Real N***** don’t let the microwave hit 0:00,” he had written in one of his tweets taunting Blacks on their colour.

“My new Muslim friend is the bomb,” he said in another tweet linking muslims to terrorism.

“I wonder if Asian people put smileys like this [emoticon: monolid eyes],” he said in another tweet taunting facial features of East Asians.

Besides these, there were several unpalatable tweets on women.

Ironically, his tweets surfaced on a day when the England and New Zealand teams started the match with ‘a moment of unity’ gesture against all forms of discrimination.

?”There is no room for racism, there is no room for online hate; it has ruined his biggest day as a professional cricketer.”?@NasserCricket reacts to the news of historical, offensive tweets from Ollie Robinson in 2012 that spoilt his England Test debut.

Robinson said he does not want his old tweets to affect and tarnish the efforts and image of his England teammates and the England and Wales Cricket Board (ECB).

“I don’t want something that happened eight years ago to diminish the efforts of my teammates and the ECB as they continue to build meaningful action with their comprehensive initiatives and efforts, which I fully endorse and support,” Robinson added in his statement.

“I will continue to educate myself, look for advice and work with the support network that is available to me to learn more about getting better in this area. I am sorry, and I have certainly learned my lesson today,” he said.

ECB chief executive Tom Harrison that the board follows a policy of zero tolerance towards racism.

“I do not have the words to express how disappointed I am that an England Men’s player has chosen to write tweets of this nature, however long ago that might have been,” Harrison said.

“Any person reading those words, particularly a woman or person of colour, would take away an image of cricket and cricketers that is completely unacceptable. We are better than this,” he added. 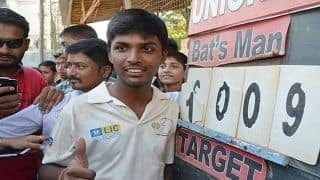 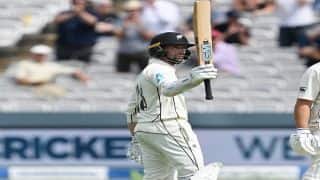