Being an allrounder isn't easy and Pandya says that managing the workload becomes all the more important as one has to focus equally on batting and bowling.

India allrounder Hardik Pandya had been given a break for the West Indies series after the gruels of the World Cup. While one would think that he would look to switch off and enjoy life off the field, Pandya’s love for the game actually saw him train twice a day for the last month and also fly down to Baroda to work on his skills as it was raining in Mumbai.

On the sidelines of another gruelling session, Pandya spoke on the challenges ahead with the series against South Africa, working on his fitness, managing his workload as an allrounder, being the X-factor in this Indian team and his love for tattoos.

He loves his game and reveals that even though he enjoyed time off the field, he also took time to work on his game and fitness. After all, he has had some issues with the back and doesn’t want any repeat.

“It was important for me (the break) as the IPL was long and then the World Cup followed and I had a good run in both the tournaments. So, I was looking to give it my best and that required my body to take some rest as precaution is better than cure. That is when the call was taken by the team management that I come back fully fit for the South Africa series.

“Neither the team management nor I wish that I get injured. The rest have helped me a lot and my fitness has gone to the next level. I started doing pilates and that has helped me a lot. This isn’t something very usual between cricketers. So, that is why I wanted to see how it works and it has worked really well. This last one month, I trained twice a day. It was important that I try something new to improve my back. It was important for me and my game to take this break,” he explained.

Asked about the sudden trip to Baroda, Pandya said: “It was raining in Mumbai so I decided in two hours flat that I will go back home and prepare for the series against South Africa.”

While a fresh series starts with South Africa, exiting the World Cup at the semi-final stage is something that did bother Pandya just like the rest of the boys. But for Pandya, it is all about looking forward and getting the next one – World T20 in 2020.

“It was difficult and we all felt the same pain, but life moves on. I would have been more upset if we as a team hadn’t done justice to our performance. I think as a team we played as champions and except for those 30 minutes, I thought we played outstandingly and everyone was contributing and looking to excel. It is just how it is at the knockout stage. We have kind of moved on and we want to focus on the next World Cup (WT20) and win that,” he said.

Asked if he has any specific goals going into the series against South Africa, Pandya said he believes in magic.

“To be honest, I don’t keep goals because I let something out of the box happen. I just focus on preparing well and focus on the areas I wish to work on. I think that magical things do happen. So, I let my game speak and go with the situation. You never know when my team is down, and I might stand up and do something special. I focus on that. South Africa is a good team and a good series will give us momentum in T20s,” he smiled.

Being an allrounder isn’t easy and Pandya says that managing the workload becomes all the more important as one has to focus equally on batting and bowling.

“It is a little difficult because the thing I do as a batsman is then replicated as a bowler. So, I bowl the same amount of balls that a bowler bowls and then I bat for as long as a batsman will to help keep my game on point. That is why it is important for me to be super fit and that I am improving my fitness all the time. It has not been easy till now and I have to manage my workload at all times,” he said.

ALSO READ: ‘Hardik Pandya has gone through a lot, will only get better’

But then, coach Ravi Shastri and skipper Virat Kohli call him the X-factor in this team of youngsters. How does that feel?

“When someone like your captain and coach backs you, the confidence increases and you look to express yourself and that brings out the best in you. I have always made sure that I understand the situation and then enjoy myself. Enjoying the game decreases the pressure. I have confidence in myself so there is no question of pressure.

“The captain and coach expect me to do well and that gives me confidence because that means I have done something nice in my short career. It is always important to go out and enjoy yourself because at the end of the day it is a sport and I love the sport,” he explained.

There is something about Pandya and his return to cricket. Every time he has walked back to the cricket ground, he has made people sit up and take note. Asked to reveal the secret, Pandya laughs it off and says that his job is to excel every time he takes the field.

ALSO READ: Rahul may be axed, Rohit likely to be tried as Test opener as selectors pick Test squad

“Me and my team were talking about the same thing and to be honest I just love to prepare and give it my all. Whenever I have come back, I have come back strongly and I feel that my work ethics have helped. When it comes to my game, I let my performance do the talking. I wish to improve every series that I play in. I look at not just my game, but also my fitness. It is an instinct that I wish to do well every time I take the field,” he said.

A conversation with one of the world’s best allrounder is incomplete without discussing his tattoos and Pandya says they all have a message.

“I like tattoos and for me all of them mean something. I don’t get a tattoo just because I have to. Whenever I have got some message for myself, I get a tattoo. It always has a message or explanation behind it. You don’t have time when you are playing, so I get them done when am resting,” he signed off. 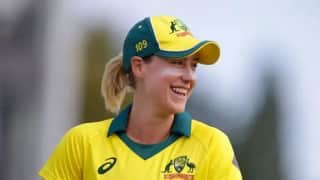 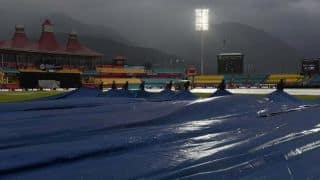