Dhawan, whose 76 at Brisbane, was decorated with 10 boundaries and two sixes, said that he enjoys being the entertainer.

With 117 runs from the two matches, India opener Shikhar Dhawan won the Man of the Series award after the visitors levelled the three-match series against Australia with a four-wicket win at the Sydney Cricket Ground on Sunday.

Dhawan, who smashed 76 in the opener at Brisbane, albeit for a losing cause, took the Aussie bowlers to the cleaners in the third match, the decider, after the second rubber at Melbourne on Friday was washed out.

The dashing southpaw clobbered six boundaries and two sixes during his 22-ball 41 but fell nine runs short of his 10th T20I half century after returning pacer Mitchell Starc had Dhawan trapped lbw.

Dhawan, whose 76 at Brisbane, was decorated with 10 boundaries and two sixes, said that he enjoys being the entertainer.

“I enjoy entertaining people and I enjoy playing entertaining cricket. Great to get such support from India supporters here, Dhawan said at the post-match ceremony on Sunday.

It’s good that we could draw this series and ending on a winning note. 3rd T20I: Didn’t have enough runs on board - Aaron Finch 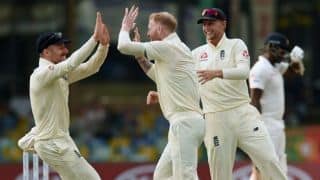