Rahul, who was dropped from the Test side following a disastrous tour of Australia early last year, has bounced back strongly and has become one of the most consistent performers in white-ball cricket. 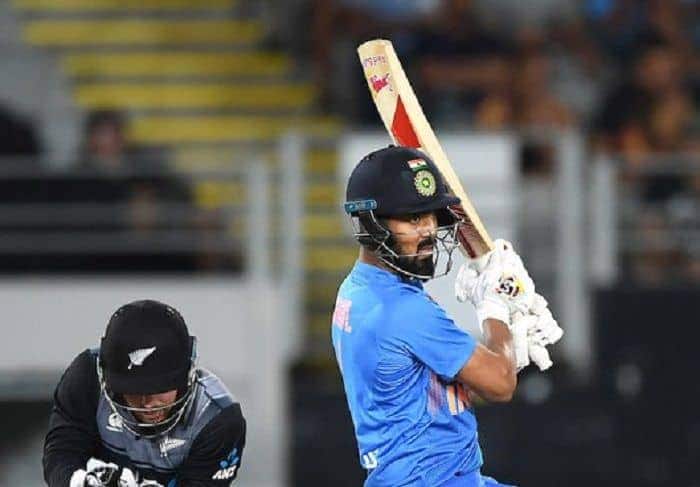 For how long KL Rahul can be called India‘s stand-in wicketkeeper for he’s getting better and better with every game behind the stumps. Rahul, who scored 56 off 27 balls as his 99-run partnership with Virat Kohli set up the base for India to chase New Zealand‘s 203 runs in the opening T20 in Auckland on Friday, said wicketkeeping helps his batting.

Rahul kept full-time first during three-match ODI series against Australia last week. After showing his good work with the gloves, captain Kohli had said he will continue with his dual role “for a while” as it lends massive balance to the team.

“I’m quite honestly loving it. At the international stage, it might seem very new and it might seem like I’ve never kept. (But) I’ve kept for my IPL franchise for the last 3-4 years, and I’ve kept for my first-class team as and when there is an opening. I’ve still stayed in touch with wicket keeping,” Rahul said at the post-match press-conference.

“I enjoy staying behind the stumps and it also gives me a great idea about how the pitch is playing, and I can pass on that message to the bowlers and the captains with field-sets and everything. As a keeper, that’s also your responsibility to stay active and pass the message on to your captain as to what lengths are better and what I feel we can do better.”

“As a batsman as well, after keeping for 20 overs, especially you get a fair idea on what are the good shots on this kind of wicket and so I’m enjoying the responsibility and so far so good for me.”

Elaborating on Shreyas Iyer’s stunning knock that helped India reach the 204-run target with one over to spare, Rahul said his execution was perfect.

“It was a fantastic finish. We have seen for a while that in crunch situations we have lacked someone who can to take the team through and win. But the way Shreyas, Shivam (Dube) and even Manish (Pandey) started striking the ball way from the moment they went in. When you’re chasing over 200, you need a boundary in every over.

“It was good to see that whoever was walking out was doing so with the intent to do that. And the execution was very impressive today. That is very heartening to see. And the way Shreyas finished it off, the way he celebrated very calmly after reaching his half-century, and he finished the game and then celebrated.

“The responsibility of being an IPL captain, he has understood how to finish the games. He showed that responsibility in the last ODI too and here too. Those are great signs for us,” said Rahul.

Rahul, who was dropped from the Test side following a disastrous tour of Australia early last year, has bounced back strongly and has become one of the most consistent performers in white-ball cricket.

“That’s exactly what I’ve learnt in the last one-and-a-half years that this is my game, where I play cricketing shots. I’ve been blessed with shots all over the ground but getting into good positions and striking the ball with a good technique is my strength.

“If I can carry forward that belief and mind-set into each innings it’ll help me more and I can be more successful and in return I can be more consistent for the team’s sake,” he added.

He added that the winning start here on Sunday would add to their adaptation and experience for the matches ahead.

“As a bowling unit, we have a fair idea of what lines and lengths we have to bowl. Change of pace will be very important. As a batting unit, the dimensions and shape of the ground will be a key point for us. To understand the areas to target mostly that’s it.

“It’s our first game so, obviously we’ll get better with the lengths we bowl as a bowling unit and fielding also, it’s a differently-shaped ground. We are not used to grounds like this, so it’s a challenge for the boys,” he added.

Has Shreyas Iyer Sealed The No. 4 Spot With His Match-Winning 29-Ball 58* Against New Zealand at Auckland in 1st T20I? 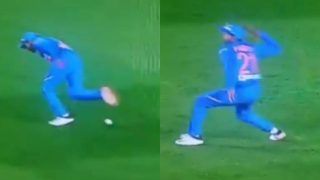