I failed to communicate well with Tendulkar: Greg Chappell

I failed to communicate well with Tendulkar: Greg Chappell

India's controversial former cricket coach Greg Chappell claims the biggest regret of his tumultuous three-year stint there was the fallout with senior batsman Sachin Tendulkar with whom he simply failed to "communicate" properly. 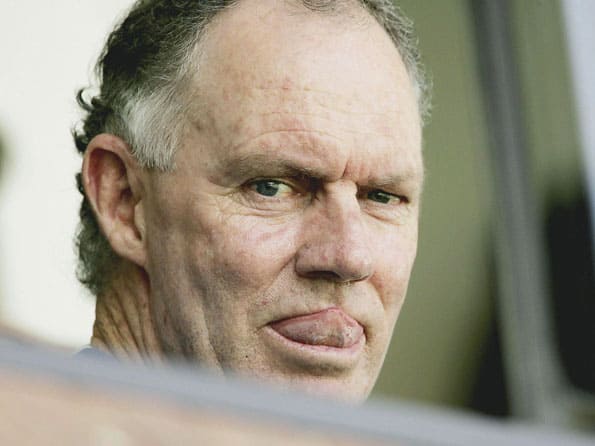 Former India coach Greg Chappell in his new autobiography, ‘Fierce Focus’ said that he tried to push hurried improvements in the team which led to his downfall Getty Images

India’s controversial former cricket coach Greg Chappell claims the biggest regret of his tumultuous three-year stint there was the fallout with senior batsman Sachin Tendulkar with whom he simply failed to “communicate” properly.

Chappell, who served as India coach from 2005 to 2007, admitted in his new autobiography ‘Fierce Foucs’ that he tried to push hurried improvements in the team which led to his downfall, especially after his relations with senior players such as Tendulkar soured.

“My biggest regret was falling out with Sachin over him batting at number four in the one-day team. It was a shame because he and I had some intense and beneficial talks together prior to that. My impatience to see improvement across the board was my undoing in the end,” writes the former Australian captain.

“The mistakes I made were not particularly ‘western’ but the same kind of mistakes I’d made as a captain in my playing days. I didn’t communicate my plans well enough to the senior players. I should have let guys like Tendulkar, (VVS) Laxman and (Virender) Sehwag know that although I was an agent of change, they were still part of our Test future.

“When I did communicate with them, I was sometimes too abrupt. Once in South Africa, I called in Sachin and Sehwag to ask more of them, I could tell by the look on their faces that they were affronted,” he recalled.

“Later (Rahul) Dravid, who was in the room, said ‘Greg, they’ve never been spoken to like that before’,” he wrote.

Chappell dubbed his stay in India as ‘tenuous’ alleging that the BCCI tried to make his stint uncomfortable, delaying paying his bills and wages.

“Throughout our living arrangements at the Taj Westend in Bangalore had always seemed tenuous. The BCCI was usually late in paying our bills, and Judy (his wife), along in Bangalore for much of the time I was touring, often didn’t know whether my employer was looking after its commitments or not,” Chappell claimed.

“The wages for me, Ian Frazer and other support staff were sometimes paid months late. I saw it more as back channel attempts to make life uncomfortable and push towards throwing it in. Things improved markedly under the (Sharad) Pawar regime,” Chappell wrote.

In one of the chapter titled ‘A New Hope’, Chappell revealed that during his tenure he got to understand the kind of pressure Indian cricketers lived with, especially Tendulkar.

“A glimpse of them was a life-changing event…We were playing an unrelenting amount of cricket to satisfy the demand, at least 50 per cent more than Australia were playing and the pressure was beyond belief,” he wrote.

“Nobody was carrying that pressure more than Sachin. Not even Don Bradman carried expectations like this, and Sachin had been bearing it since 1989,” he said.

“When the team travelled, he would snap on his headphones, not look sideways, and shut it all out. There was a constant frenzy trying to get in at him. The energy it would have taken for him to let that kind of excitement in would have drained him dry,” he further wrote.

Chappell revealed that he had asked Tendulkar to have a day off but the veteran batsman never wanted to because of the expectations of him.

“If he didn’t train and then performed badly, he’d have been blamed. People would notice. And there was no relief for him going out onto the streets, either. He just couldn’t get any rest,” he explained. (PTI)