Virender Sehwag expects England to stage a comeback in the fourth Test but has termed Indian team as 'hungry tigers' who will settle for nothing but a win.

Former India opener Virender Sehwag expects England to stage a comeback in the fourth Test after they lost at Trent Bridge but has termed Indian team as ‘hungry tigers’ who will settle for nothing but a win.

An allround show saw India keeping the ongoing five-match Test series against England alive as they recorded a massive 203-run win in the third Test. The batsmen, led by Virat Kohli, put up a combined performance before the pacers took 19 of the 20 England wickets to cut down the home team’s lead to 2-1.

The fourth Test starts from August 30 in Southampton and India will be eager to draw level in the series. “The way they played the last match (3rd Test), I feel that the Indian team can win the 4th Test on the fourth day itself. They have the spirit. But I feel that England will make a comeback. But India are like hungry tigers, they will hunt for a win for sure,” Sehwag was quoted as saying by the India TV on Saturday.

He is impressed with the way Indian pacers have bowled so far in England and observed that bowlers aren’t often given enough credit for a team’s success.

“I feel India’s current bowling attack is one of the best at the moment. They have four pacers who have performed brilliantly so far. The ultimate test is on a flat track, whether they can claim all 20 wickets or not. Australia has the best batting tracks and if they’re able to claim all 20 wickets, your name is made. I feel that the bowlers are not given the credits,” he said.

Rishabh Pant made his Test debut at Trent Bridge and caught everyone’s attention after hitting a six off the very second delivery of his career. He was dismissed by Stuart Broad in that innings after scoring 24. And received an earful from the veteran England paceman on the way to dressing room.

Broad was later fined for action and Sehwag said it was unnecessary for someone who has an experience of 121 Tests to sledge someone who is just making his debut. “Broad has played over 120 Test matches, this was Pant’s first, you’ve dismissed him, you’ve got the wicket, there is no need of sledging. Kohli was right in making him (Broad) understand later on,” he said. 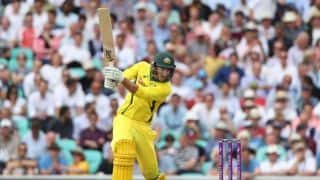