The Sri Lankan allrounder felt "betrayed and let down if the blame is solely put on me" for the Asia Cup exit.

On the day he was replaced as Sri Lanka captain, with Dinesh Chandimal reinstated for the upcoming home series against England, Angelo Mathews has written to Sri Lanka Cricket (SLC) outlining his disappointment at being made the scapegoat for the team s winless exit from the ongoing 2018 Asia Cup, and that he was retiring from the ODI and T20I captaincy with immediate effect.

Mathews, having led Sri Lanka from 2013 to 2017, was reinstated as captain in early 2018 and since then Sri Lanka have won two of six ODIs, which includes the recent losses to Bangladesh and Afghanistan which saw them exit the Asia Cup in the first round.

In a letter dated September 23 (Sunday), Mathews said that during a meeting with SLC and the head coach of the Sri Lankan team, Chandika Hathurusinghe, on Friday in Colombo, he was asked to step down as captain of the ODI and T20I teams, which left him initially surprised but then made it feel he had been made the scapegoat in the entire saga of Sri Lanka s dismissals performances against Bangladesh and Afghanistan in the Asia Cup .

I m willing to take part of the blame but at the same time, feel betrayed and let down if the blame is solely put on me. As you know all decisions are taken tough the a mutual understanding with Selectors and the Head Coach, wrote Mathews. And though I do not agree with the reasoning that the losses should be carried single handedly to the Captaincy, I however eagerly and wholeheartedly respect the request of the selection committee and the head coach asking me to step down and do so with immediate effect.

I wish to put it on record that though Sri Lanka had suffered these heavy defeats in the Asia Cup, which is shocking to say the least, especially in the backdrop where we had a reasonable series against South Africa, I had no intention of quitting and running away from the issues at hand especially owing to the World Cup being a dozen games away.

Mathews went on to ask the selectors whether the find him suitable for the ODI and T20I teams, in which case he would retire from these two formats. He also added that he was Sri Lanka s highest run-getter in the home series versus South Africa this summer, while wishing the team all the best. 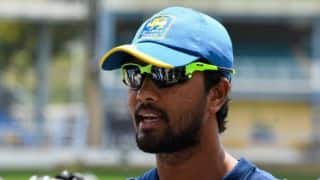 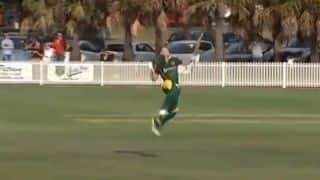