Paul Valthaty would have had little idea that his life would change overnight after his breathtaking show against the Chennai Super Kings, yesterday. The 27-year-old however doesn't want to bask in the glory of a singular performance and would like to carry on the good work. 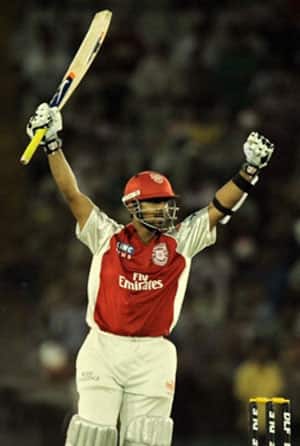 Paul Valthaty would have had little idea that his life would change overnight after his breathtaking show against the Chennai Super Kings, yesterday. The 27-year-old however doesn’t want to bask in the glory of a singular performance and would like to carry on the good work.

“I will try not to get too overwhelmed by the success. I will try to see that my feet are firmly rooted,” Valthaty said. Treating himself as a “normal cricketer” from Mumbai who has faced struggle in his career, Valthaty while talking about his gem of an innings at Mohali last night, said, “This is just a small step that I have taken.”

“Wearing India cap always remains a cricketer’s ultimate dream, but I know there is a long journey ahead and I have just taken a small step (to realise that dream),” Valthaty told PTI in an interview here today.

Sachin Tendulkar and Kapil Dev have been his childhood idols. “I was always fascinated by Kapil Dev and Sachin and had a great liking for the sport from my childhood. My father used to push me a lot to play cricket,” he said.

Rubbing shoulders with the likes of Indian skipper MS Dhoni and other top cricketers like Tendulkar and Yuvraj Singh in the IPL is like a dream come true, feels Valthaty. “I will have to pinch myself,” he said when asked how would he feel if one day he finds batting alongside Tendulkar at the other end. “It’s every cricketer’s dream to play besides the master,” he said.

The Mumbaikar has no first-class experience and till date has played only one List A match for Mumbai way back in 2006 while featuring in just 12 T20s. Valthaty made his first foray in former India great Dilip Vengsarkar’s academy in Mumbai. He was later picked for India U-19 squad with the likes of Irfan Pathan and Parthiv Patel that went to New Zealand for the 2002 World Cup, where he played a game against Bangladesh.

“I started my cricket 10-12 years ago and I have played ODIs and T20s for Mumbai. It was in New Zealand that I suffered an eye injury which kept me out of action for over a year,” he said. About his eye injury that could have brought an abrupt end to his career, Valthaty takes it in his stride.

“Injuries are part and parcel of a cricketer’s life. I kept working hard knowing that my day will come. Yesterday was the day I have been waiting for.” While Valthaty’s father is an engineer and mother a doctor, he said that it was his father who initiated him into the sport.

“My father used to push me a lot to play cricket. He is a great enthusiast of the sport. My mother too supported me. I have always got great support from my family and friends, who have been behind me through thick and thin which has motivated me to do well.  Motivation has never been a problem,” he said.

Valthaty said that he would like KXIP to do well in the tournament. “We have a great captain (Adam Gilchrist). He is a good leader. We play the next game in Hyderabad and would like to win there as well. It is important for the team to do well, with a long tournament ahead,” he said.

Kings XI coach Michael Bevan also heaped praise on the youngster for sterling display. “He (Valthaty) played a high quality knock, an amazing knock. We really needed such a knock. His placement, power was terrific. He is a talented batsman, who strikes the ball beautifully,” Bevan said.

He said Valthaty was a quiet character and reserved person, who likes to keep to himself, but was a good human being. 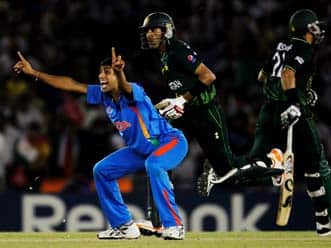 Resumption of Indo-Pak cricket is a welcome step: Bindra 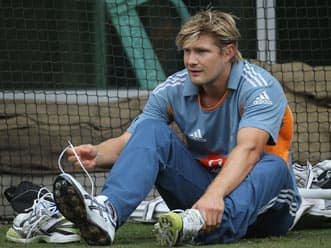