Shivam Dube says that despite giving his best in maiden IPL season, it didn't work but he'll try to perform better in future.

After another dismal show from Royal Challengers Bangalore in the Indian Premier League, skipper Virat Kohli‘s leadership skills were under the scanner, but young allrounder Shivam Dube, who played for the franchise and will now feature for Shivaji Park Lions in the Mumbai T20 League, feels the Indian captain knows how to manage a team.

Dube, a budding talent from Mumbai, was all praise for the Indian run-machine and said it is every young cricketer’s dream to play with Kohli in any format of the game.

Speaking to IANS after Bangalore’s exit from IPL 2019, Dube said: “Virat (bhaiya) is undoubtedly the best player we have in our team (RCB) at the moment. It’s a great opportunity to be mentored by him and playing under him.

“I think every young cricketer wants to play with him at least once, sharing the crease with him is something that goes a long way in helping you learn. I was lucky to have been able to play under him in this IPL.”

Expressing his views on Kohli’s captaincy, the 25-year-old said: “I have been able to learn a lot of things from him, including his way of managing the team and keeping the entire team together. He is a great leader.”

When quizzed about the special tips he received from South Africa superstar AB de Villiers, Dube said: “ABD always told me to keep a positive attitude in any situation and it has really helped solve my problems in tough situations. He’s a great team player and even as a senior, he always motivated me in practice as well as in the matches.”

Talking on his performance in this season of the cash-rich league, Dube felt that despite giving his best, it didn’t work for his team and he will try to perform better in future.

“I gave my 100 per cent but unfortunately it wasn’t enough for our team as a whole. I know I have more to achieve and I can definitely do much better. I am confident I will get more chances in different formats of the game. My focus at the moment is doing my best for the Shivaji Park Lions in the upcoming Mumbai T20 League.”

After playing in one of the most challenging T20 leagues in the world, Dube is all set to participate in Mumbai’s local T20 league and is looking to use the tournament as another platform to showcase his talent.

“Shivaji Park Lions is my home, since Mumbai is where I belong. Shivaji Park Lions has given me the perfect opportunity to showcase myself as a talented cricketer. Yes, I come with some experience, but that only helps enhance the overall performance of the team, rather than putting more pressure on me.

“The whole team is full of talent and it is also a great learning experience. I just want to better my performance with every match I play for Shivaji Park Lions,” Dube said.

With several T20 leagues evolving swiftly, he feels the tournaments will give youngsters another opportunity to showcase their talent.

“It is a great move that cricket is being recognised at every level, there are so many of us who dream to play at a bigger level and such domestic matches give us encouragement and opportunity. I am happy that I am getting a chance to play in the league,” he said.

Dube was adjudged Player of the Tournament last season after accumulating 213 runs from eight games and bagging 12 wickets. 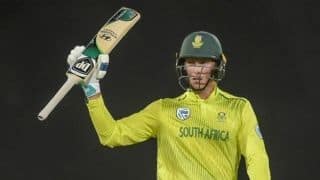 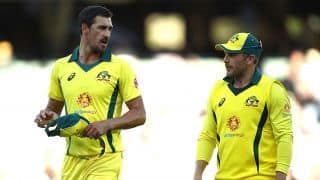