Since making his debut in September 2018, Vihari has played nine Tests and scored 552 runs at 36.80 including a century and four fifties.

India middle-order batsman Hanuma Vihari has said while he cannot change the perception of people about his batting, he is confident enough to play all three formats regularly.

Since making his debut in September 2018, Vihari has played nine Tests and scored 552 runs at 36.80 including a century and four fifties. While he fits in the playing XI when India play overseas, he often is left out for an extra bowler at home.

“I am ready to do anything for my team,” Vihari said during an Instagram live chat session called Homerun With AV hosted by @avthename. “I always tried to score runs, dig deep and play long innings whenever I play abroad. I always try to do my best so that team can’t drop me.”

He added, “See I can’t change what people think about you. I have to score runs consistently and those are the thoughts that come to my mind. I believe I have the ability to play all formats. So that’s good enough for me, this knowledge. Once I get right the opportunity, I can do it.”

Vihari was contracted to Delhi Capitals for IPL 2019 but failed to find any takers in the December auction last year but he has no regrets. “I realised that when things are not in your control, you can’t do much about it. No regrets. I am not gutted about IPL (snub). My focus always was on Tests from an early age and I am happy I could achieve whatever I did,” the 26-year-old said.

While playing Tests, Vihari has had a first-hand experience of seeing how Virat Kohli prepares, something he has tried to imbibe from the India captain.

“The best part of Kohli’s game is his preparation. I have learnt that from him. His work ethic is also amazing,” he said. 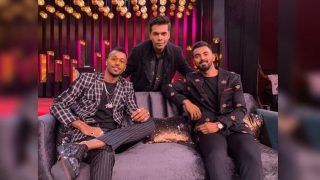