Du Plessis is teammates with Dhoni at Chennai Super Kings and has closely observed his leadership skills.

South Africa batsman Faf du Plessis has heaped high praise on MS Dhoni calling him the best finisher he has played with during his cricket career.

Dhoni is widely regarded as one of the greatest finishers of the game having taken India to several memorable wins.

“He’s (Dhoni) extremely calm,” Du Plessis said during a Facebook chat with Bangladesh’s Tamim Iqbal. “I haven’t played with someone who is a better finisher than him. It’s just remarkable to watch him from the side of the field.”

Du Plessis also claims that Dhoni has a unique ability which is impossible to copy. “If someone else tries to do it like him they won’t be able to. He’s just so unique like he times the ball so late he’s got an incredible calmness. He knows his game and he picks a bowler and goes for it,” the 35-year-old said.

Du Plessis is teammates with Dhoni at Chennai Super Kings and has closely observed his leadership skills.

“He reads the others player really well and he uses that to make instinctive decisions on the field. He’s got an incredible gut feeling on the game and I think that’s his biggest strength,” the South Africa Test captain said.

“It was amazing for me to see how different MS was as a captain. I used to think a captain must speak all the time in team meetings etc but M S was completely different. He doesn’t believe a lot in team meetings. He’s a very instinctive captain he’s got such a good cricket brain that he relies on it to make the right decisions on the field,” he added.

Du Plessis credited Dhoni and long-time CSK coach Stephen Fleming for helping him improve his own leadership qulities. “I’m lucky to have started my journey there at CSK because I have really learned a lot from a leadership point of view. I tried to learn as much as possible from Dhoni and Stephen Fleming because both are great captains,” he said. 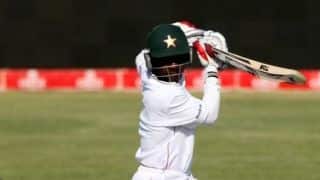