Cricket writer Peter Roebuck who committed recently committed suicide had a rough past with legendary England cricketer Ian Botham while being the captain of the Somerset in the 1980s. 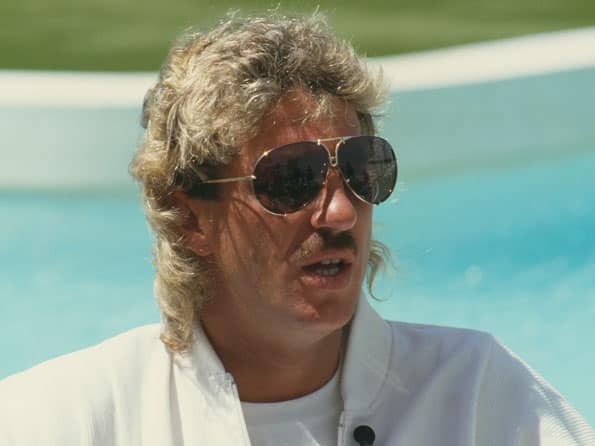 Ian Botham announcing his resignation from Somerset County Cricket Club at a press conference, 1986 in protest against the then team captain Peter Roebuck’s decision not to renew the contracts of West Indian team members Viv Richards and Joel Garner Getty Images

Cricket writer Peter Roebuck who committed recently committed suicide had a rough past with legendary England cricketer Ian Botham while being the captain of the Somerset in the 1980s.

The feud between Roebuck and Botham had occurred in 1986 due to Roebuck s backing of the ouster of West Indian players Sir Viv Richards and Joel Garner from the team after a poor season when they finished one place off the bottom of the county championship table.

Roebuck in his last interview said he did not feel proud of his decision to back the removal of the Caribbean greats from the team.

He was quoted by Western Daily Press as saying, “I had no sense of victory nor did I feel vindicated in any way. It was a sad day. In some ways the meeting was the best part precisely because the spirit really was not unduly antagonistic. On a personal level, it finished me at Taunton. There were quite a few death threats.

“I managed to intercept most of those directed at Martin Crowe, who was going to take over as our overseas player, and eventually the club came across me reading one and called in the police.

“It did not bother me. This was an emotional time for everyone, the end of some sweet days that had long since gone sour.”

Botham on other hand feels he would have approached the matter in different way had he been the captain of the county team. He said, “A lot of very weak people allowed one person a very strange person to dictate things,” said Botham shortly before Roebuck’s death. “I have no regrets over what happened, only fond memories of a magnificent team. Yes, we weren’t doing well in the championship but we won five trophies in five years, so the only people who would have regrets are the club, who split up that team. What had Somerset won before and what have they won since?”

He added, “If I had been captain, I would not have confronted that situation as Peter did. Whatever happened, there was the chance of a slump. Crowe had a dodgy back and there was not a raft of good young players coming through. There was destructiveness about it all.”

Richards though said the incident was in the past and that he has no regrets about what transpired.

“Life goes on and I have no serious regrets or animosity towards any party. There are lessons learned in life and I am very excited now to see the club progress,” Richards said.

Roebuck till death held anger towards former England all-rounder for he felt that Botham was less interested in helping a struggling team and more in making headlines at that time. “Joel was a good man, if a bit idle, and Viv was the one who really mattered.

“I told him that the people around him had caused his paranoia. Botham did things in that period and afterwards that I will never forgive or forget never. He had wanted the England captaincy back and once his stint at Somerset went wrong he lost focus.

“He was not popular with members because he played the fool too much. Also, we had a hundred headlines around that time, a distraction for a struggling team.”