Dravid was able to get the best out of the young players under his leadership.

India’s former batsman Suresh Raina has heaped praise on Rahul Dravid for his massive contribution to the team as a leader. It is mostly noticed that a lot of credit for taking Indian cricket to new heights is given to former skipper MS Dhoni and Sourav Ganguly. Dhoni-led India to three major titles and it was under the leadership of Sourav Ganguly that India starting winning in overseas conditions.

However, Rahul Dravid’s captaincy is well remembered for the 2007 World Cup in which they were knocked out in the early stages. Furthermore, the Greg Chappell controversy happened during Dravid’s reign. But the former skipper was able to get the best out of the young players, according to Suresh Raina and gave them the confidence to grow in stature.

Dravid was able to lead India to Test series win in England in 2007 as it was the last time India won in English conditions. Furthermore, the team did well while chasing the targets in ODI format as they won 17 matches on the bounce and also did well in West Indies and South Africa.

“Rahul Bhai was always like family. He would keep fighting for the rights of the junior players. Those extra efforts always matter and leave an impact on people. Youngsters were very important to him. Look at the kind of players who matured under him the ones that went on to lead India over the next decade. These included M.S. Dhoni, Irfan Pathan, Yuvraj, Piyush Chawla, Dinesh Karthik, Munaf Patel, S. Sreesanth and myself. Rahul Bhai knew that these seven or eight boys would be the face of the team in the coming years. And he made sure that we were nurtured well,” Suresh Raina wrote in his autobiography, an excerpt of which was published in The Print.

“Generally, when people talk about the Indian cricket team that has emerged over the last 10 15 years, the credit is usually given to Dhoni, or to Ganguly before him, for having built the team and taken Indian cricket forward. I have never quite agreed with that. I never say Dada made this team. He, and Dhoni, did lead and make an impact on it, that’s true. But the man responsible for making the teams for all three formats of the game is Rahul Dravid.

Suresh Raina had made his captaincy debut under Sourav Ganguly but blossomed at the International stage under the leadership of Rahul Dravid. Raina will be seen playing in IPL 2021 for Chennai Super Kings in the second phase of the tournament. 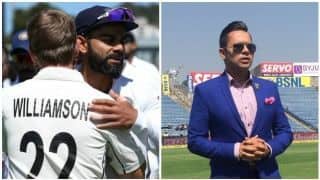