I never think for myself, it's always about what the team needs: Virat Kohli

I never think for myself, it's always about what the team needs: Virat Kohli

Virat Kohli has said that for him India comes first and the reason behind his surreal consistency is the fact that he puts team ahead of himself.

Captain Virat Kohli has said that for him India comes first and the reason behind his surreal consistency is the fact that he puts team ahead and the pride to play for his country keeps him going.

Kohli scored his 22nd half-century in T20Is as he led India to a comfortable seven-wicket win over South Africa in Mohali on Wednesday night. “The badge in front of my shirt. It is a pride to play for my country,” Kohli said at the post-match presentation when asked the reason for his consistency. “Whatever it takes, whichever format, to get us across the line, I’ll do that. If you want to win a game for your team, you will find a way. That’s the most important thing. I never think for myself, it’s always about what the team needs. Test cricket, one-day cricket – the will should be to win the game for your country.”

During his innings, Kohli overtook teammate Rohit Sharma for the most runs scored in T20I cricket and again took his average past 50 in the format. He scored an unbeaten 72 off 52 as India overhauled the target of 150 with an over to spare.

Kohli, who is the only batsman to boast of a 50-plus average in Tests, ODIs and T20Is simultaneously, says the goal to take team over the line is the reason he adapts to each format so well. “Adapting to different formats is nothing but a mindset of making your team win,” he said.

South Africa made a good start with the openers racing to 31 in 3.4 overs before Indian bowlers, led by young spinner Deepak Chahar (2/22) came back to restrict the tourists to 149/5 in 20 overs. Kohli praised their effort saying consistency and performing under pressure will do the youngsters a world of good.

“The pitch was very good and an outstanding effort from the bowlers to pull things back. As long as they (young bowlers) show character in difficult situations, they are going to present a strong case for themselves in the future. Lot of positive signs for us and they’ll get many more games to prove their mettle. They are going in the right direction,” he said. 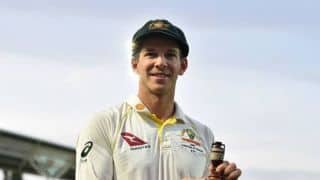 Australia have got the best bowling attack in the world: Tim Paine 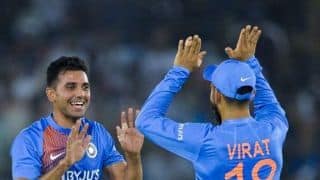