"Virat is playing really well these days. Every match he is performing so well. He is very aggressive on the field," said Saina Nehwal.

Hyderabad: Surprised at her new found aggression, India‘s No 1 shuttler Saina Nehwal is confident that she would persist with her attacking style of play which enabled her to win Australia Super Series Championship. Just like she had mentioned on her twitter account, Saina attributed her attacking style to Virat Kohli‘s recent exploits. “In Australia, I was surprised to see myself being more aggressive. I was not doing that for a long time. But here, I was attacking a lot more. I was very, very aggressive and that’s what I have learnt. I hope, in future matches also, I retain my aggression and continue attacking,” Saina told reporters during a media conference on Tuesday. Virat Kohli to teach Saina Nehwal aggression on the field?

Citing the example of India’s Test captain, Saina said:”All the players, if you see badminton, Carolina Marin, she got very aggressive game. I really wish to have that aggressiveness, how Virat Kohli has got. He is playing really well these days. Every match he is performing so well. He is very aggressive on the field. So, the more aggressive you are, the better you perform. Because, it gives lot more confidence, lot more speed to move on the court. That’s what I have been seeing on the field.”

The title victory came after a gap of more than a year and the star player is elated. “I am really very happy. The last title I won was last year in March – the India Open. After that, I played two finals at the World championships and China Open. I am very happy, because I had one severe injury. I came out of it. I was struggling with the injury for couple of months. This victory was required before the Olympics in August,” said the ace shuttler. Virat Kohli congratulates Saina Nehwal for AUS Open win

“I was looking for a victory so that I get the confidence to play against all top players,” she added. What has been satisfying for Saina is the fact that all matches at the Australia Super Series were against top-class opponents. “All the matches were really tough; in the quarters I played Ratchanok Intanon, then Wang Yihan and in the finals, it was a close match. Really very happy with this victory of course, it will give me confidence to work hard. With Olympics coming up, I just hope to maintain my fitness and remain injury-free which is very important.

“With the hard work, I am putting in, there will be better results coming in the future,” she exuded confidence of an Olympic bronze medallist. Noting that every player would be coming into Olympics with best preparations, she said she would like to give her all at the quadrennial extravaganza. “Every player who is playing Olympics has a dream of wanting to win a medal. I am one of them. Definitely, I want to do well and win another medal. But, it’s not that easy. It’s a very tough tournament.”

“All the players will be very well prepared. Everyone has a chance to win a medal in such a tournament. This time, my father will be accompanying me to Brazil. I hope to come back with a medal. But, it’s not going to be easy. I will try my best,” she said. Saina said her on-court reflexes were affected because of the injury but things are better now. “I want to be more aggressive, more faster, more quicker on the court. Because of the injury, my movements came down, my reflexes came down. I feel I am back in the rythm and I am moving quite fast,” she said.

Replying to a query, Saina said her coach Vimal Kumar and Umendra Rana, who accompanied her to Indonesia, helped her a lot. “Vimal sir is helping a lot. I would also like to thank Umendra Rana, who accompanied me to Indonesia and Australia as a travelling coach. He is also helping me a lot. Both of them are looking as to how I can improve my strokes. Because of injury, I was not moving that well in the last few months. But in this tournament, I saw myself moving quite comfortably. I was hitting more smashes,” she explained the technical improvements made in the past few months.

Observing that competition has become tough, especially in women’s singles, she hoped that results will be good with sound planning. Asked if the expectations and wishes pouring in from VIPs, celebrities and others, sometimes on the social media, she expressed happiness for the love she got from all well-wishers. “Expectations do put pressure on a player. I won’t deny that. But, at the same time, I have to work hard and I have to be confident. Results don’t come just like that. If I take pressure on myself, results won’t be good. The team with me, my mother, Vimal sir and Umendra sir always keep in positivity. I hope to do well in olympics and make my country proud,” she said.

Replying to a query, she said she is happy over Abhinav Bindra being selected as India’s flag bearer in the Olympics. Asked about Vimal Kumar’s reported comments that he would like to see Saina “tactically much better against Chinese”, she said she needed to improve in few areas. “Definitely. While I rate myself as the most hard-working player, technically though I still need to improve. I was not talented since childhood. I always depended on hard work. I just want to see, technically, whatever Vimal sir was saying, half slashes, I need to work on them,” she said.

Saina said she had regrets that she was not winning titles, especially at the start of 2016. “I was world No 2 and then I came down to No 8 and then I was not winning the titles. India Open, I was very close to win against Li Xuerui. I thought I would be playing in finals. That did not happen. One more semi-finals at the Malaysia Open. Lot of losses to Wang Yihan. They were troubling me. In fact, when I went to Indonesia and Australia, I was not thinking of winning the tournament. The main thing was to play well against all these playlers.

“Finally, I am going to meet them in Olympics. I did not get the tme to train. I was always on the rehab side in February. Somewhere, I had the doubt that will I be able to win the tournament. Finally, with this victory, I am in that zone of winning tournaments,” she said. She said she would like to go four-five days to the Olympics to get adjusted to the conditions. 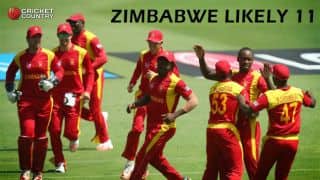 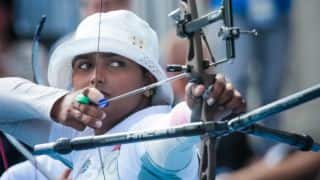