Former South African cricket chief, Ali Bacher told an inquiry into the financial affairs of Cricket South Africa (CSA) that he had refused an offer of a substantial bonus for his role in hosting the 2003 Cricket World Cup in the country. 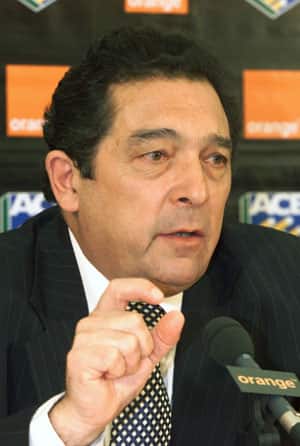 Ali Bacher told the inquiry that he had been offered multi-million rand bonus before the 2003 World Cup, but he refused to accept it Getty Images

Former South African cricket chief, Ali Bacher told an inquiry into the financial affairs of Cricket South Africa (CSA) that he had refused an offer of a substantial bonus for his role in hosting the 2003 Cricket World Cup in the country.

Bacher told the inquiry that he had been offered what could have been a multi-million rand bonus before the 2003 World Cup that was hosted in South Africa, but refused to accept it.

“I just felt that in my whole life, that’s not how I operated in cricket, and I never wanted to be seen to be motivated by a financial incentive. That wasn’t the way I had been involved in cricket administration,” he said.

Bacher said a five million and pay-out, which he did indeed receive on his retirement after the World Cup, was a top-up payment to supplement his meagre pension.

“If I disclose to you the exact figure, some people would say I was not good at business. It was quite frightening, to put it mildly,” said Bacher.

The Nicholson inquiry was instituted by sports minister Fikile Mbalula in the wake of almost two years of wrangling at CSA over huge 2009 IPL bonuses that CSA chief executive Gerald Majola paid to himself and other CSA staff without approval of the board.

The inquiry resumed its hearings today after a recess for the Christmas and New Year holidays. Judge Chris Nicholson and his two fellow commissioners last year told the minister that they would need more time after he had requested that the report be finalised by Christmas.

It is now expected to be ready by the end of February, with former CSA President Norman Arendse among the last witnesses to testify before hearings close on Wednesday.

Bacher told the inquiry that there had been no bonuses paid to any directors at the then United Cricket Board of South Africa for their role in the World Cup: “No Cricket World cup director received any payment for their involvement in the Cricket World Cup – nobody did.”

Bacher agreed to testify at the Commission after Majola earlier accused him of having set the pace for future huge bonuses for CSA chief executives with his R5 million bonus, something that Bacher immediately denied.

Majola has admitted to the inquiry that he lacked knowledge of his fiduciary duties in terms of the Companies Act. An independent inquiry by KPMG found Majola to be in breach of the Act.

The on-going CSA saga has seen sponsors shying away from the cricket authority when once they were vying for the honour of having series named after them.(PTI)