Somerset s innovative batsman, Jos Buttler has revealed that he is aiming to hit the ball 360 degrees against India in the upcoming T20 match. 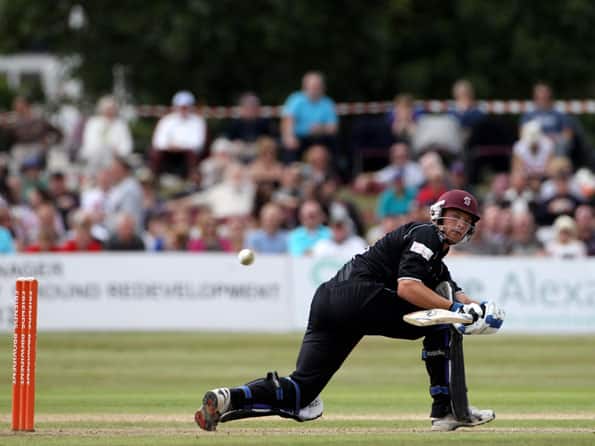 Somerset s innovative batsman, Jos Buttler has revealed that he is aiming to hit the ball 360 degrees against India in the upcoming T20 match.

Earlier the Somerset batsman has used the paddle scoop which was inspired after watching Tillakaratne Dilshan.

Buttler was quoted in Indian Express as saying, “I practice it, a lot. It started from just playing around in the nets, trying to work on different shots, and with one-day cricket you’ve got to have a good range of shots.

“One of those shots is trying to scoop it over the keeper’s head, which I’ve had some success at. I want to be able to hit the ball through 360 degrees, so whatever field the bowler sets I can find a gap in it.

“There aren’t any fielders behind the keeper, and if you can play that shot against yorkers, you take the yorker out of the game for the bowlers, and that’s probably the most bowled delivery at the death of the match.”

Buttler believes that innovation is the most important part of modern-day cricket. He added, “Cricket has evolved, innovation has become a huge part of one-day cricket. So you pick things up, you try to copy them, and then use the shot to the best of your ability.”

Buttler reveals that he is an admirer of team mate Kieron pollard. Praising the tall all-rounder, Butler said, “Kieron is obviously one of the best if not the best Twenty20 player.”

“He goes around and he just does his thing. It’s been brilliant to have a few partnerships with him. But obviously we’re very different batsmen. Kieron can hit you pretty much anywhere, and hit you a long way. It’s been good fun batting with him, I’ve enjoyed it,” he added.