Former skipper Kumar Sangakkara admitted he was a reluctant captain of Sri Lanka heading into the third and final Test against England at the Rose Bowl. 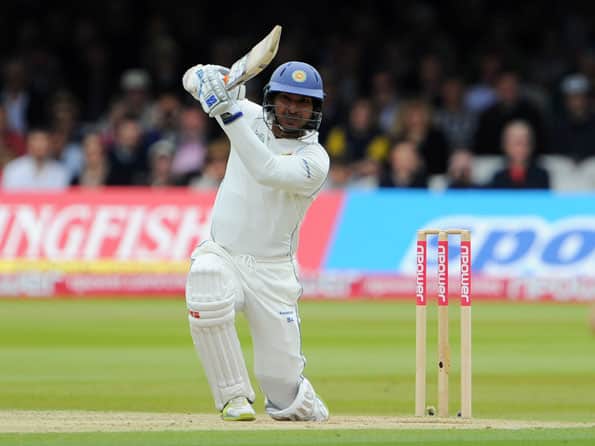 Kumar Sangakkara has struggled in the first two matches of this series, with a return of just 63 runs at 15.75 Getty Images

Former skipper Kumar Sangakkara admitted he was a reluctant captain of Sri Lanka heading into the third and final Test against England at the Rose Bowl.

Sangakkara, who stepped down as skipper after Sri Lanka’s World Cup final defeat by India in Mumbai in April, found himself back at the helm after Tillakaratne Dilshan, his successor, was ruled out of the England finale having suffered a broken thumb while making 193 in the drawn second Test at Lord’s.

“When I was first approached to captain the side (in the third Test) I wasn’t ready to take it on, because the fact was I had given it up,” Sangakkara told reporters at the Rose Bowl here on Wednesday.

“Unfortunately there was no vice-captain appointed for this test series, so the side was left in a bit of a problem with no-one to step in to captain. So, with a lot of deep thought and considering the needs of the side and Sri Lanka, I decided to say ‘yes’ to captaining Sri Lanka again for a final time in this Test,” the 33-year-old top-order batsman added.

Sangakkara said he was clear he would be resigning the captaincy long before the defeat by India — Sri Lanka’s second successive World Cup final loss after their 2007 reverse against Australia in Barbados.

“The decision to resign, I actually made that a month or two months before the World Cup… Captaining Sri Lanka is a job that ages you very quickly, and that’s a challenge of the job as well. But it’s rarely a job you will last long in,” added Sangakkara, who for much of his time as captain also had the additional responsibility of keeping wicket.

“Mahela Jayawardene was a fantastic captain for us for two years, and he also resigned. I also had a two-year stint, and I enjoyed it at times, certainly on the field our results showed we were one of the top two sides in the world for one and a half years, especially in the shorter form of the game.

“We reached three World Cup finals in a four-year period, two in 50-over cricket, one in the Twenty20 format and we also beat Australia in Australia after 26 years. When I resigned from the captaincy I informed the selectors. But you can’t make a public announcement, it clouds the whole purpose of playing a World Cup. As soon as it was over, whether we won or lost, or lost in the first round, it really didn’t matter. I stepped down and thought I was done with it, but I was clearly wrong! I’m back one last time,” he said.

Sangakkara has an impressive Test average of more than 56 but the left-hander has struggled in the first two matches of this series, with a return of just 63 runs at 15.75.

“It could happen to anyone, so it’s not really a worry,” said Sangakkara, who comes into the third Test on the back of a hundred in the drawn warm-up match against Essex.

Sri Lanka find themselves 1-0 down in this series after a dramatic collapse on the final day in Cardiff gave England an innings-and-14-run first Test win. “The morale is high, the confidence is high. We had a disastrous batting outing in Cardiff, but played pretty well at Lord’s to battle out a draw,” Sangakkara said.

We can finish series on a good note: Harbhajan