No team toured Pakistan for over a decade since the 2009 terrorist attack on the Sri Lankan team bus in Lahore. Karachi: Pakistan Cricket Board’s (PCB) new CEO Faisal Hasnain has revealed that “largely negative” reports and “headlines” on the country would be put up on ICC notice boards, saying its perception and reputation is a problem. This is affecting not just the country’s cricket but also trade and tourism, Hasnain, who has earlier worked as the ICC’s chief financial officer, added.

“Pakistan’s perception is not good. I can be very honest about it; I’ve worked in the ICC and with Zimbabwe cricket, so I know the discussions which take place in the corridors about Pakistan cricket. Pakistan’s perception and reputation is a problem,” said Hasnain on Wednesday.

The “not good” reputation makes it difficult for the country to invite top international cricket team.

No team toured Pakistan for over a decade since the 2009 terrorist attack on the Sri Lankan team bus in Lahore.

“I would see negative headlines or stories about Pakistan being put up on notice boards in the ICC offices,” he recalled.

Calling on the media to play a constructive role and partner the PCB in changing the negative perception about Pakistan, Hasnain said that cricket pitches also need to be improved in the country.

“The perception now is that if you go to Pakistan you are like virtually in room for a month, you can’t go out, the pitches are dead etc etc and this impacts the mindset of international players. My job is to change this perception internationally.”

Hasnain addressed the media with PCB chairman, Ramiz Raja, after the Board of Governors (BoG) meeting.

Talking about the lukewarm response during the recent Pakistan versus West Indies T20I series in Karachi, he said a lot had to be done to make life easier for fans.

“Cricket is a services industry where we are trying to sell a product and properties. We had a disappointing response from the crowd for the West Indies series but we don’t think about fans emotionally. I have witnessed this as a commentator.

“I realize we need to work a lot to make life easier for fans. Make it a great viewing experience for spectators. That is why the BOG has approved setting up a fans engagement department.”

Lack of star players in the touring sides does have an impact.

“Plus the security, long distances, tickets etc are all problems for people which we have to make easier for them.”

Raja also felt that after what happened with the New Zealand and England teams (when they pulled out of Pakistan tour citing security concerns earlier this year), pressure has been created on touring sides and that they will now think twice before withdrawing from tours. 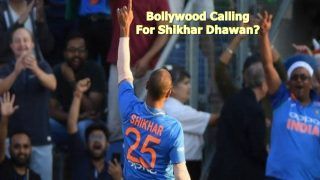 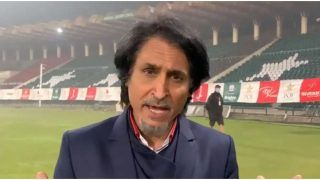