I, Zaheer Khan, Virender Sehwag, Harbhajan Singh - None of us Thought MS Dhoni Could Captain India The Way he Did: Mohammad Kaif

I, Zaheer Khan, Virender Sehwag, Harbhajan Singh - None of us Thought MS Dhoni Could Captain India The Way

Kaif revealed it was a friend from Lucknow who had told him about Dhoni's long hair and his six-hitting abilities.

Lavishing praise on MS Dhoni, former India cricketer Mohammad Kaif recalled when he had seen the former India skipper for the first time. He also went on to reveal that none of them – which included Zaheer Khan, Virender Sehwag, Harbhajan Singh – believed Dhoni would go on to become one of the most successful captains for India ever.

“The first time I noticed Dhoni, I was the captain of the Central Zone in the Duleep Trophy. And he was playing for East Zone, not as a captain, a wicketkeeper. He had also toured for India A,” a clip aired of Kaif as saying, on the Cricket Connected Show on Star Sports.

Kaif revealed it was a friend from Lucknow who had told him about Dhoni’s long hair and his six-hitting abilities.

“I had a friend in Lucknow who told me ‘Kaif, there is a player. Watch him. He has long hair and I’ve never seen anyone hit sixes like he does. All of us who were playing at that time – I, Zaheer, Harbhajan, Sehwag – none of us thought that he could captain India the way he did, who would lift Indian cricket to such heights,” said Kaif.

Dhoni has led India to the No 1 spot in Tests and helped the nation to two World Cup-triumphs, apart from being the first captain in the world to win all three ICC trophies.

Not long back, Dhoni announced his international retirement from cricket. The 39-year old then went on to lead Chennai Super Kings in the IPL in UAE. It was a season to forget for CSK as they finished last. Dhoni faced a lot of backlash for his slow knocks in the tournament. 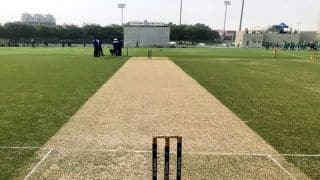 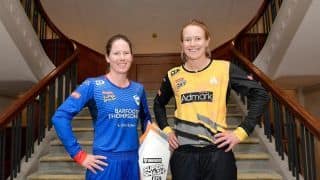