England great Ian Botham revealed he was relishing Australia's woes in India after four players were suspended for indiscipline, mocking the "wellness reports" they are forced to complete. England great Ian Botham revealed he was relishing Australia’s woes in India after four players were suspended for indiscipline, mocking the “wellness reports” they are forced to complete.

The former swashbuckling all-rounder was referring to the daily reports Australia‘s players are required to fill out every morning while on tour, including details such as how much they slept the night before.

Australia coach Mickey Arthur said a team culture including unacceptable “back-chat” and “attitude” forced him to controversially axe the players for the third Test.

“I’m finding it hilarious, I’ve got to say,” Botham said in New Zealand, where he is commentating on the Test series between England and the Black Caps for Sky TV.

“The wellness report? I wonder how mine would have read? How many hours’ sleep did you have last night — none — the night before — two — before that — none.”

Former England captain Michael Atherton was more circumspect but he said he could scarcely believe the news coming out of the Australian camp.

“Amazing goings on in India. Unbelievable,” he said.

Australia’s vice-captain Shane Watson, James Pattinson, Usman Khawaja and Mitchell Johnson were suspended after failing to submit feedback on how they could improve after the team fell 2-0 behind against India.

Arthur said the shock suspensions were designed to improve Australia’s team culture as they look to regain the world number one spot, with an Ashes double-header looming against England later this year. 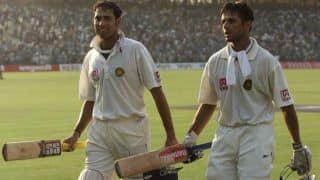