Ian Botham has warned Australia that England are so superior to their old rivals that it would be no surprise to see back-to-back whitewashes for England in the forthcoming Ashes double-header. 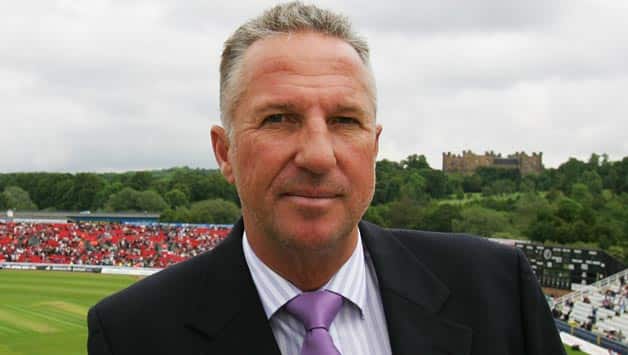 Ian Botham has warned Australia that England are so superior to their old rivals that it would be no surprise to see back-to-back whitewashes for England in the forthcoming Ashes double-header.

Botham, the former England allrounder who tormented Australia with his heroics during the 1980s, believed his country’s 48-run win over Australia in the ICC Champions Trophy on Saturday (June 8) was likely to be the first in a long line of English victories in their meetings over the next few months.

He was so unimpressed by Australia that he believed England could win all ten of the upcoming Tests between the two countries.

England will look to retain the Ashes when they face Australia in a five-Test series that starts on July 10 at Trent Bridge and, if Botham’s bold prediction comes true, they will then dominate again when they travel to Australia for the Ashes rematch later this year.

“Given that we’ve got back-to-back Ashes series between now and January, if we get a good summer — and you rarely lose too many days to rain in Australia — make that 10-0,” said Botham in the Sunday Times. “I’m serious, I think we’re that much better. All it needs is the players to believe they can do it.

“Australia will be tougher than they look on paper, because they’re born fighters, but not only are they struggling to keep a fast bowler on the field for more than one game at a time, losing [Ricky] Ponting and [Michael] Hussey has left a gaping hole in the batting.”

Given Australia’s lack of experience, Botham said Michael Clarke’s recovery from his back injury would be key for Australia. “They’re relatively inexperienced, which is a big minus coming to a place like England, and when I hear things like, ‘Phillip Hughes has a much better technique than when he was last here’, I think, ‘Well, that wouldn’t be hard’. And if Clarke continues to struggle with his back, then yes, 5-0 is definitely on the cards,” said Botham.

While some quarters hold the main reason for Australia’s recent decline to be the retirement of stars like Shane Warne, Ricky Ponting and Glenn McGrath, Botham felt it was down to their coaching philosophy.

John Buchanan famously gave his players a document during the 2001 Ashes series, which detailed the teachings of Sun Tzu, the fifth century Chinese warlord, in a bid to motivate the team to inflict more misery on England’s beleaguered side. Then, earlier this year, Mickey Arthur, Australia’s current coach, was criticised after dropping four players for the third Test in India when they failed to compete a team presentation.

“The Australian philosophy of ‘work hard, play hard’ has always appealed to me, which is perhaps why I have so many friends there,” said Botham. “I’ve got to say, though, that they don’t look much like the hard-as-nails cricketers I used to know.

“This business of their coach setting them homework made me laugh out loud, almost as much as that previous coach banging on about Chinese warlords.

“Maybe they’ve been playing so badly because the players are confused by all this stuff. And if so, good. I’m just glad I played in the pre-bull**** era, when grown men were allowed, by and large, to go away on tour for months on end and be treated like grown men and not schoolboys.

“Homework? Do me a favour. I never did that when I was at school, never mind when I was playing cricket.”