Botham said his father was 'as near to a zombie as one can imagine' by the end.

England cricket legend Sir Ian Botham has said that the ‘terrible’ fact about dementia is that one is forced to watch someone he or she loves ‘die twice over’.

The former England all-rounder has spoken about the death of his father, Les, in 2005 following a lengthy period living with dementia.

According to the Sydney Morning Herald, Botham revealed that he did not visit his father for the last six months of his life as he did not want his memory of his father to be distorted by the illness that ‘robbed him of himself’.

Stating that his father was ‘as near to a zombie as one can imagine’ by the end, Botham also said that his father had no idea who his mother was towards the end, adding that one cannot understand how ‘horrendous’ the disease is, unless he or she has watched a loved one being ravaged by this disease.

Botham further said that a person with dementia ‘dies twice over’, adding that watching his father deteriorate as ‘appalling’ as the illness made his father become violent and thus was forced to be sedated.

Botham said his father would have been ‘mortified’ if he had known the ‘humiliation’ that lay ahead, adding that his mother ‘aged years’ and would cry after every visit to see his father. 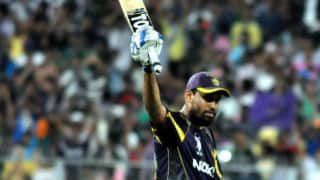 IPL 2014: Critics have no clue how hard I work, says Yusuf Pathan