Former England cricket captain Ian Botham has said he was shocked to hear of his former team mate Graham Dilley's passing away. 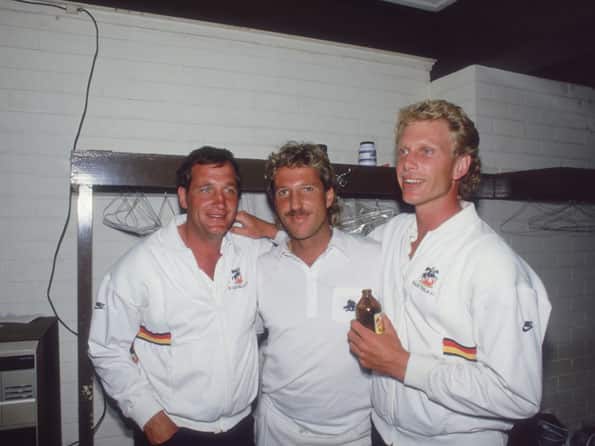 Former England cricket captain Ian Botham has said he was shocked to hear of his former team mate Graham Dilley’s passing away.

Dilley, who shared a 117-run eighth-wicket stand in a famous Ashes victory at Headingley in 1981, died Wednesday after battling cancer.

“We only heard a few days ago how ill Graham was. They were saying it was very serious and they were talking maybe two weeks and he’s gone in less than two days. We’re all shocked that this can happen to someone who’s 52. Very shocked,” the Telegraph quoted Botham as saying.

Monty Panesar, who was coached by Dilley at Loughborough University, tweeted: “So sad to hear my uni coach passed away. Graham Dilley, great man and top coach, did a lot for me, will miss him #RIP.”

England and Wales Cricket Board managing director Hugh Morris in a statement described Dilley as a fast bowler of the highest class.

Morris said: “This is very sad news for Graham’s many friends and colleagues in cricket, both in this country and overseas. As well as being a bowler of the highest class, Graham made an immense contribution to our game as a coach – and his ability to impart his knowledge and wisdom to future generations of young cricketers will be sorely missed.”

Worcestershire chief executive David Leatherdale, who played alongside Dilley for the county, said Dilley was a major part of Worcester’s success in the late 80s when they won four trophies in three years, including the the county championship twice. Botham was also part of that Worcester team after leaving Somerset.

“It’s come very much as a shock to the club and to a lot of individuals at the club. Graham was a major part of the success the club had in the late 1980s. We only really found out he was ill to the level he has been two or three days ago, so it’s come as a major shock,” Leatherdale said. (IANS)