The 1992 World Cup final defeat to Pakistan still haunts Ian Botham, but the former England all-rounder does not have any regrets as he gave his all to win the trophy. 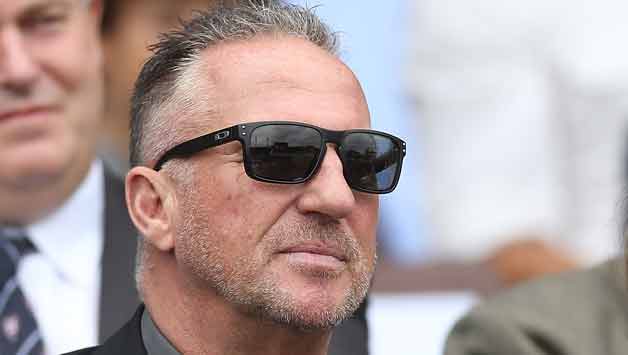 The 1992 World Cup final defeat to Pakistan still haunts Ian Botham, but the former England all-rounder does not have any regrets as he gave his all to win the trophy.

England had lost to Pakistan by 22 runs in the final after being bowled out for 227 while chasing a target of 250.

Botham himself did not have a good final as he took one for 42 off his seven overs and did not score a single run. He was caught at the wicket off Pakistan paceman Wasim Akram.

“It only comes round every four years so it was really disappointing not to have won in 1992 when I thought we were the best team, but we didn’t and you have to deal with that. It would have been a great thing to achieve in my career and I gave it a good go, and as long as you do that you can’t have any regrets,” said Botham, who scored 192 runs and took 16 wickets in the tournament.

“My main memory is that it was a tournament we should have won. We had the rough end of the stick in the final with a couple of decisions, but having said that I still enjoyed it tremendously.”

“It was a great tournament for the team to get to the final and for me personally, in particular the four wickets I took against Australia in Sydney, which put them out of the tournament. The crowd really wanted us to lose the final at the MCG that’s for sure,” added Botham while reflecting on England’s eight wickets victory.

Botham, who also played in the World Cups in 1979 and 1983, said the player who impressed him most was Akram.

“The one player who really stood out for me was Wasim Akram. It was in that tournament that we realised just what a special talent he was and how much trouble he was going to give us and the rest of the world in the years to come. What a player he was,” he said.

For the 2015 World Cup, England has been placed in Pool A along with Australia, Sri Lanka, Bangladesh, New Zealand along with two Qualifiers.

England will kick-off its campaign against traditional rival and co-host Australia on the opening day on February 14 under the MCG lights and will play its last pool match against Qualifier 2 at the Sydney Cricket Ground (SCG) on 13 March.

Botham, previewing the 2015 event, said, “I think changes to the 50 overs game makes it quite hard to predict a winner. With the power-play and field placing changes, I think teams are never out of a game until the very end and that makes for exciting cricket.”

“In Australia and New Zealand I think England will stand a good chance. They showed how much they’ve improved by reaching the Champions Trophy final and they can now keep progressing in order to peak in 2015.”