Chappell recalled several fond memories he spent with Pataudi, but none funnier than his ignorance about the latter's family history.

The former Australian captain paid rich tribute to ‘Tiger’, as Pataudi was fondly called. Chappell praised the Nawab, saying that he was his “favourite human being” and called him a “lovable larrikin”.

Chappell began his speech saying, “The man who was supposed to make the welcome speech unfortunately passed away – died way too young. When I came to India during the Champions League (T20), I did not know ‘Tiger’ was ill. I sent him a ‘get well soon’ text, but unfortunately he died the same day.”

Chappell hailed Pataudi’s cricketing feats, which he achieved with only eye and against the very best in the world.

“If you want to know how difficult playing cricket with one eye is, try catch a ball with only one eye and see how tough it is!” Chappell recalled Pataudi’s knocks of 75 and 85 in the Melbourne Test of 1967-68.

“He had missed the first Test at Adelaide due to a hamstring injury. He was still half-fit, but chose to play because India’s batting was in poor health. He had a one-eye handicap and an injured leg. Throw in the inconsistent and overcast Melbourne weather and India’s position of 25 for five and you can understand how grim the scenario was. He just camped on his good leg, the back-foot.”

Chappell then recalled two shots that Pataudi played and described them as something he would never ever forget, before proceeding to share several other anecdotes on the great Indian leader.

Chappell said he was extremely surprised at how during every rain break; Pataudi would walk to the middle with a new willow every time. There were around five to six breaks and each time came out with a different bat.

When Chappell enquired that why he did so and how did he manage to play so well with different bats, Pataudi revealed he did not carry bats to the tour of Australia. “He (Pataudi) told me that he came in the tour with a sweater, jumper, a pair of trousers, a pair of socks, a pair of boots, jockstraps and nothing else. He said he the bat he picked up was always the one nearest to the dressing room door. In doing that he bludgeoned the Australian bowling attack to score 75 in the first innings and just to prove it wasn’t a fluke he got 85 in the second innings,” Chappell said.

Chappell recalled several fond memories he spent with Pataudi, but none funnier than his ignorance about the latter’s family history.

“On getting to know Tiger better, I decided to find out more about this man, Tiger Pataudi, so I asked him ‘Tiger what do you do for a job’ and he said ‘Ian, I am a prince.’ Princes aren’t a big thing in Australia and I was pretty naive so I asked him when he went to job what did he do, he just looked at me and said ‘Ian, I am a prince.’ I think my parents should have demanded a refund on my education because the message still didn’t get through to me as I said, “between 9 and 5, what do you do?” He looked at me and said, ‘Ian, I’m a f*****g prince!'” Chappell said, as the audience broke into laughter.

Later, when Pataudi was involved with Indian Premier League (IPL) as a council member, Chappell, who was commentating, asked him, “Tiger, that sounds awfully like a Prince working to me.”

Chappell, an eloquent and witty man, narrated several anecdotes about Pataudi in his trademark humorous style. He recounted how strong a character Pataudi was on the field and how off smart he was off it. He later also narrated an incident from the 1996 World Cup, when Pataudi managed to swap his economy class ticket with journalist Ayaz Memon, while travelling to Lahore for the finals.

It’s indeed a much watch speech for any cricket lover, as one natural leader pays his respects to another. 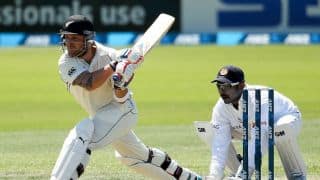 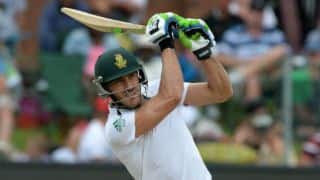