Former Australian captain Ian Chappell feels that the trend of using heavier bats and making boundaries shorter in limited-over cricket will further tilt the game in favour of the batsmen and that bowlers may become an "endangered species". 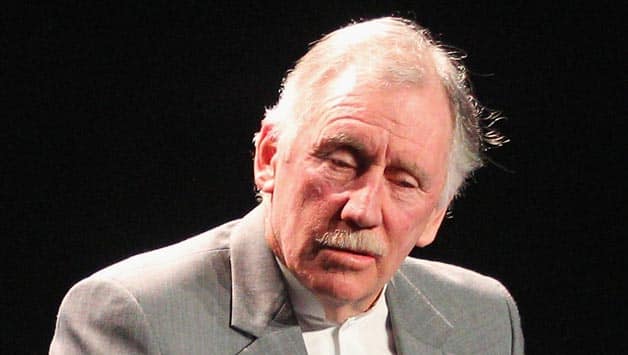 Former Australian captain Ian Chappell feels that the trend of using heavier bats and making boundaries shorter in limited-over cricket will further tilt the game in favour of the batsmen and that bowlers may become an “endangered species”.

Chappell said the surge in boundaries and sixes may bring more “entertainment dollars” but it’s not good for the game as the bowlers may be forced to using extreme methods like bodyline and chucking.

“In short forms of the game, there’s a chance bowlers will become an endangered species if the trend of heavier and better bats and shorter boundaries continues. This tendency has led to a surge in boundaries in general and sixes in particular,” Chappell said, writing for ESPNcricinfo.com.

“While this may sound like a favourable result in a game competing for entertainment dollar, the long-term consequences may not be so desirable.

“Bowlers need to be offered a crumb in the shorter forms of the game otherwise they’ll revolt, as they have done in the past, using extreme methods like Bodyline and chucking. If these trends continue, sooner or later the bowlers are going to declare war,” he said.

He said matches like the second One-Day International (ODI) between India and Australia in Jaipur, which saw the home side recording the second highest-ever successful run-chase, have seen increasing “preference for power over artistry in batting”.

“In the second ODI between India and Australia, 64 per cent of the runs scored off the bat were accumulated in boundaries. Singles accounted for around 28 per cent of the scoring — majority of which would have been at the easier end of the scale, with the infielders back on the 30-yard circle — and about 43 per cent of the deliveries were dot balls.

“This means a reduced reliance on fielding and running between the wickets — two of the more exciting skills in the game. As the boundaries have been shortened and the bats have improved, the preference for power over artistry in batting has increased,” he said.

Chappell felt the bowlers cannot be blamed for thinking they were being served up as cannon fodder for the pampered batsmen.

“We’re already seeing the slower-ball bouncer and the wide yorker being regularly used to contain the hitting. Eventually bowlers will rely heavily on batsmen getting themselves out rather than on ambushing them.

“However, administrators still aren’t satisfied with their efforts to punish bowlers,” he added.

Chappell said the limited-overs cricket was designed for exciting close finishes but the current trend may lead to the game becoming monotonous.

“The short-form games are designed for exciting close finishes. If huge first-innings totals become the norm, close finishes will become less prevalent, as the chasing team implodes, seeking an impossibly high run-rate. Instead of fans who enjoy a contest, the game will attract spectators who would have reveled in the Lions-versus-Christians debacles.

“More and more we’re hearing commentators say: ‘The batsman is not frightened to take on the outfielders.’ That’s because the odds favour them. But if sixes become even more prevalent, there’s a danger the spectacle will become monotonous.

“The problem is, bats can be further improved but little can be done to the ball to improve the bowler’s lot. There must be consideration given to curbing the influence of the bat and placing more emphasis on the skill of the user. Making the boundaries fairer would be a good start,” he said.

He said another move would be to redress the imbalance in the rewards system.