Ian Gould officiated in the semi-final of ICC Cricket World Cup 2011 between India and Pakistan.

The ongoing 1st Test between India and West Indies at Antigua is Ian Gould‘s 50th Test as an umpire. He’s a former English cricketer who was then drafted into First-Class umpiring panel in 2002, and then made it to the international circuit in 2006. His jovial nature made him one of the most popular umpires of the 21st century. However, he is a man of many layers, so much so that he was also the chairman of Burnham FC, an English football club. Today’s game added another achievement to his illustrious cricket, as he became only the 12th umpire to officiate in 50 Tests. FULL CRICKET SCORECARD: India vs West Indies 2016, 1st Test at Antigua

He represented England in 18 One-Day International (ODI) games, scoring 155 runs at 12.91. His batting record may not speak volumes of his cricketing skills, as he was well known for his superior wicketkeeping. He was England’s wicketkeeper in ICC Cricket World Cup 1983.

He captained Sussex and helped them win 1986 Natwest Trophy. He then captained and coached Middlesex at the same time in 1991. IND vs WI Live Streaming: Watch live telecast on Ozee.com

The first highlight of his umpiring career came in ICC Cricket World Cup 2007, where he officiated in three games, in the Caribbean. In 2008, he officiated in his first Test match that was played between South Africa and Bangladesh at Bloemfontein.

He did his job with efficiency and was promoted to ICC Elite Panels of Umpire in the year 2009. But the most memorable for him would be the high-octane contest between India and Pakistan in the semi-final of ICC Cricket World Cup 2011. 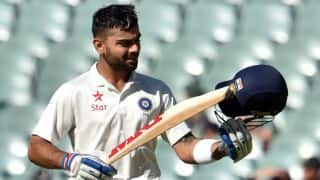