Pakistan's captains Misbah-ul-Haq, Azhar Ali, and Sarfraz Ahmed will attend a ceremony on Friday to endorse Edhi Foundation before they leave for England.

The Pakistan Cricket Board (PCB) was granted permission by the International Cricket Council (ICC) to use Edhi foundation’s logo on the team’s official kit for the upcoming tour of England. Pakistan who will be touring England to play 4 Tests, 5 One-Day Interntaionals (ODIs) and a T20I will now for the first time wear logos of a charitable organisation on their official team kit. According to sources, Pakistan’s captains Misbah-ul-Haq, Azhar Ali, and Sarfraz Ahmed will be attending a ceremony later on Friday and endorse the charitable organisation before their departure for England on Saturday morning at 9 AM. ALSO READ: Intikhab Alam: Mohammad Aamer cannot afford to put wrong foot during England tour

Pakistan will play the first Test at Lord’s on July 14, which will be followed by the second test at Old Trafford beginning July 22. The third Test will be played at Edgbaston and the final Test will be played at Kennington Oval. But the reason behind Pakistan’s early departure for their tour is that they will take part in a two-week training camp in Hampshire to get accustomed to the conditions in England. Meanwhile, the 5-match ODI series will begin on August 24 as the visitors will face England at The Rose Bowl Stadium in Southampton. ALSO READ: Misbah-ul-Haq hopes for return of Tests series in Pakistan

The Test series will be the first for left-arm pacer Mohammad Aamer since his five-year ban due to a spot-fixing scandal. He will return to England to play at the same venue where he had played his last Test. He made his return to the limited overs side earlier this year.

On Thursday, David Cameron, England’s Prime Minister in an Instagram post had welcomed Pakistan’s team to England and also said about improvement in the ties and links between the two nations. He also hoped that England would soon tour Pakistan in the near future. 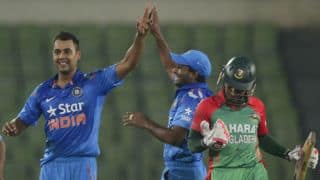 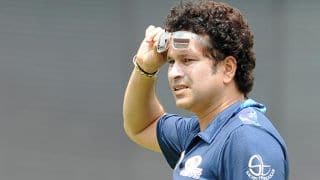