Imran Khawaja will deputise in ICC meetings in case the chairman Shashank Manohar is absent.

The International Cricket Council (ICC) has appointed Chairman of Associates Imran Khawaja as its deputy chairman. Khawaja, a veteran administrator from Singapore, was unanimously elected for the post created following the constitutional change approved at the ICC Full Council on Thursday. Khawaja will deputise in ICC meetings in case the chairman Shashank Manohar is absent. Commenting on his appointment, Khawaja said, “It is a great honour to be elected Deputy Chairman especially whilst wearing the hat of an Associate. I am also privileged to be part of the working group to have authored and reinvented the ICC constitution to make it one of the most inclusive, transparent and merit based sports governing bodies in the world.”

“I have no doubts that a new era is dawning on our great game which will see not only a more vibrant membership but also a competition structure that sees cricket played at the highest level,” he added. As per ESPNcricinfo, Khawaja, who is a senior lawyer, has been an invisible force at the ICC Board for several years.

He has been part of influential committees with the ICC seeking his counsel. Khawaja was part of the five-man ICC working group, led by Manohar, that had drafted the new constitution last year. Khawaja will be one of the frontrunners for the role of ICC chairman with Manohar’s term coming to an end next June. 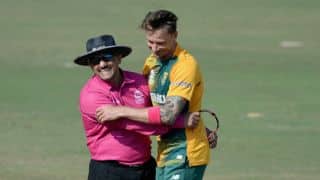 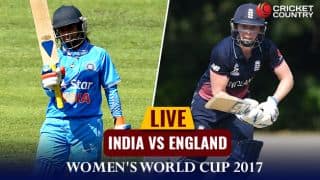