ICC named Australia skipper Steven Smith the Test Cricketer of the Year during the ICC Awards 2017 on Thursday. Smith notched up six centuries playing 11 Tests at an average of 76.76 in the year and also scored a double-hundred during the Ashes 2017 leading his team to a 4-0 victory in the series and reclaiming The Urn. In Ashes itself, Smith scored 687 runs at an average of 137.40 and drew comparisons with Don Bradman. Smith won the award for the second time after 2015 and this is the fourth time in last five occasions that an Australian cricketer won the award. Smith scored 1,305 Test runs in 2017, highest by any Australian in a calendar year.

“It’s a great honour to win the Test Cricketer of the Year award. It’s called Test cricket for a reason and I am very humbled to win the award. I have had a really good year. I have scored six hundreds in a year and more importantly I led the team to an Ashes victory which is something that is really important to me. Incredibly humbled and I love playing Test cricket. It is the game that challenges your skills and mind the most and as I said I am really humbled and thank you very much for the award,” Smith told ICC after winning the award.

In the Ashes, Smith scored 242 runs more than any of his teammates; in India that figure rose to over 250. This is a man batting on a different level from almost every other player on the planet #ICCAwards pic.twitter.com/9Ns7NVDhEw 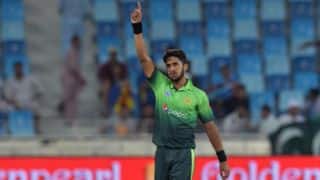