Virat Kohli was nominated alongside Joe Root, Rashid Khan and Hasan Ali for ICC ODI player of the year award.

Virat Kohli has reclaimed his ODI supremacy. In the latest ICC Awards 2017, Kohli has been named ICC’s ODI player of the year. Kohli had earlier won this award in 2012; his first trophy. Since then, Kohli has evolved and now become this monster in the 50-over format. He slammed 7 hundreds at an astounding average of 78.84. He is also the leading run-scorer in 2017 with 1,460 runs, ahead of second best Rohit Sharma (1,293).

Kohli was nominated alongside Joe Root, Rashid Khan and Hasan Ali. Kohli’s ODI career average now stands at 55.74, the highest ever by a batsman from a Full Member nation. His ODI record stands at an impressive 9,030 runs, inclusive of 32 hundreds and 45 half-centuries.

Kohli was also named in captain of the ICC ODI team of year, that included Rohit Sharma and Jasprit Bumrah as well. Kohli was honoured with Garfield Sobers Cricketer of the Year 2017 Trophy. This is also the first time after 2013 that a non-South African player has won the title. 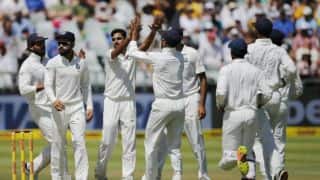