Ben Stokes won the prestigious Sir Garfield Sobers Trophy for the ICC Player of the Year after a fabulous 12 months that saw him play a decisive role in England’s dramatic victory at the ICC Men’s Cricket World Cup 2019 along with a host of other memorable performances.Australia’s Pat Cummins won the Test player of the year award for grabbing 59 wickets in 12 Test matches during the period and finished the year as the top-ranked bowler in the ICC Test Player Rankings. He won the award staving off stiff competition including from compatriots Smith and Labuschagne.

India captain Virat Kohli, who had swept the Player of the Year, Test Player of the Year and ODI Player of the Year last year, has won the Spirit of Cricket Award. He won the award for his gesture at the World Cup, when he egged the crowd on to support Steve Smith rather than boo him soon after his return to international cricket from a one-year suspension for changing the condition of the ball. Kohli has also been named captain of both the ICC Test and ODI teams of the year.

England umpire Richard Illingworth has become the seventh person to win the David Shepherd Trophy for Umpire of the Year. This is the first time that the 56-year-old has won the award named after the late umpire from England.

David Shepherd Trophy for Umpire of the Year Richard Illingworth

Both teams and the annual men’s individual awards sides have been selected by a voting academy, which took into consideration player performances throughout the 2019 calendar year.

The 2019 voting academy comprised the following members of the media and broadcasters: 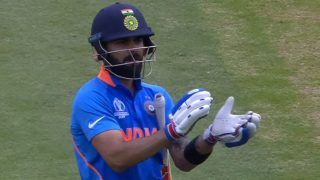 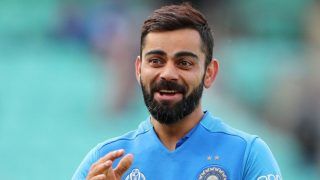