With eyes firmly set on a semi-final berth, a confident India will seek to keep the momentum going when they take on an unpredictable West Indies in a crucial Group B match of the ICC Champions Trophy at the Oval on Tuesday. 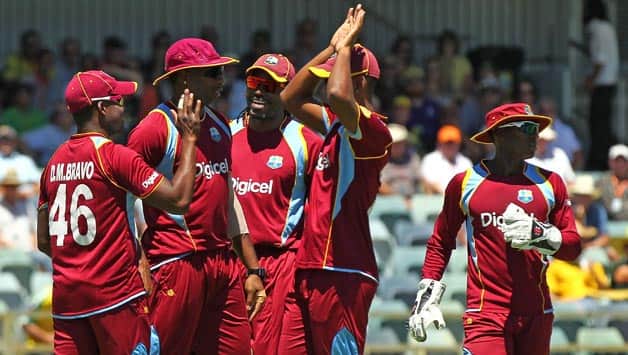 With eyes firmly set on a semi-final berth, a confident India will seek to keep the momentum going when they take on an unpredictable West Indies in a crucial Group B match of the ICC Champions Trophy at the Oval on Tuesday.

Both the teams have won their opening group matches in contrasting fashion, and know very well that a win here will almost guarantee a spot in the last four stage of the tournament, being held for the last time.

While reigning world champions India defeated injury-hit South Africa by 26 runs in Cardiff after posting a commanding 331 for 7, the West Indies eked out a close two-wicket win over Pakistan in a low-scoring game on Friday.

But come Tuesday, the clash will be a battle between many players who have solid ‘knowledge’ of each other.

Having just played the Indian Premier League, India and the West Indies are studded with key players who are aware of each other’s strengths and weaknesses.

But this will be a clash where national prestige will be at stake and no quarter will be given nor asked for.

In-form West Indian batsman Marlon Samuels has already sounded the warning bells, saying the Caribbeans will look the Indians in the eye and have the arsenal to rattle them in English conditions.

From an overall team perspective and build-up, India look stronger on paper. Their batting looks in awesome form with three back-to-back 300-plus scores in conditions where the ball has done a bit early in the innings.

With a slight change in the batting order, Murali Vijay was dropped to accommodate Rohit Sharma as an opener in the first match against the Proteas, and the runs came in torrents after an initial period of graft. The lessons learnt from the warm-up games were clear.

But application and pitch occupation will be crucial.

And it is unlikely that India will disturb Cardiff’s winning combination that saw Dinesh Karthik promoted to No. 4 and Dhoni up at No. 5 ahead of Suresh Raina.

On the other hand, in spite of their enormous potential, the West Indies remain a fickle lot.

The fact that they left out Test captain and all-rounder Darren Sammy from the playing XI against Pakistan in the opening game reflected the team’s depth and confidence, but the batting frailties surfaced as the Caribbeans escaped with a two-wicket victory while chasing a modest 170 against Pakistan.

West Indies have the experience and the talent to give the Indians a run for their money.

The Oval’s track has no gremlins and if the top order of Chris Gayle, Johnson Charles, Darren Bravo and Samuels can see off India’s new ball bowlers, Umesh Yadav, Bhuvneshwar Kumar and Ishant Sharma, it could turn out to be a high-scoring affair. The first 15 overs have held the keys to success in the Champions Trophy so far.

West Indies have a 2-1 win-loss record against India in the Champions Trophy. Both Caribbean wins, interestingly, came on sub-continental wickets in 1998 (Dhaka) and 2006 (Ahmedabad), respectively. India beat West Indies by seven wickets in Johannesburg in 2009 with medium-pacer Praveen Kumar bagging 3 for 22.

But history will count for nothing as the team that handles the conditions better will come out on top tomorrow.

West Indies will surely test the Indian batsmen with both speed and spin. Pacers Kemar Roach, Ravi Rampaul and Tino Best can be a handful while spinner Sunil Narine will always have a few tricks up his sleeve.

Tuesday’s battle will be between teams that have different reputations in world cricket.

India, with a muscular batting line-up, are the world champions and currently No. 1 in the ICC rankings, whereas West Indies are a team on the ascendancy but with an air of unpredictability that always keeps the opposition on the tenterhooks.

“It’s another tough game against a team whose strength lies is their batting. But we have the right bowlers to control their batting,” he had said.

“Cricket is played on the day. India could turn up on Tuesday and be knocked over, or score a big total again as they normally do.

“I have the right attack if I want to go with someone with raw pace. I have the reserve bench that is strong enough to actually come up with the 11 that I think will do well against the Indians,” Bravo added.