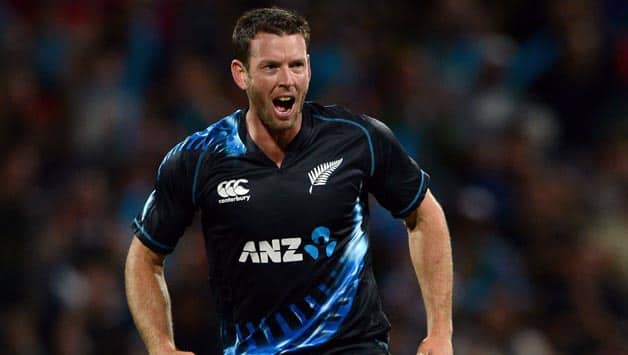 Ian Butler (above) replaced Boult for the England one-day series, although he was not selected for the first ODI at Lord’s © Getty Images

Left-arm seamer Boult was ruled out on Thursday of the three-match one-day series against England that started at Lord’s on Friday.

An MRI scan on Wednesday confirmed the initial diagnosis of a muscle tear in Boult’s right side.

New Zealand said in a statement Thursday they expected Boult to be fully fit in six to eight weeks, effectively ruling the paceman out of the June 6-23 Champions Trophy in the United Kingdom.

Butler replaced Boult for the England one-day series, although he was not selected for the first ODI at Lord’s on Friday, and his place in New Zealand’s Champions Trophy squad has now been confirmed by the tournament’s technical committee.

The injury-prone 24-year-old has taken 28 wickets in 26 ODIs but the last of those matches was three years ago, although he did appear in Twenty20 International action at home to England in February.