Seeking to regain form, Indian pacer Ishant Sharma is keen to make an impression in favourable English conditions during the ICC Champions Trophy 2013 starting in Cardiff on Thursday. 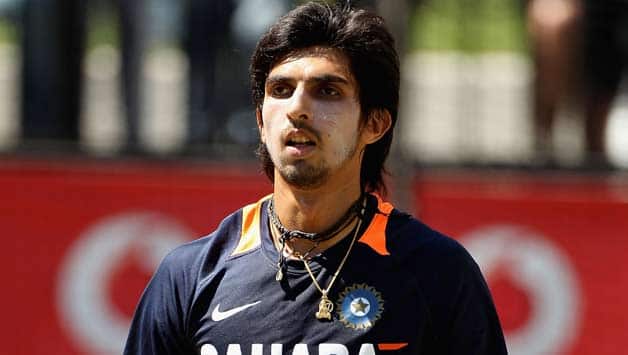 Seeking to regain form, Indian pacer Ishant Sharma is keen to make an impression in favourable English conditions during the ICC Champions Trophy 2013 starting in Cardiff on Thursday.

On pitches where the ball is expected to swing and bounce, Ishant seeks to improve his tournament record and resurrect a career that is increasingly under threat from younger colleagues.

“The conditions here are just right for me. For both batsmen and bowlers it’s going to be a challenge. It’s going to be a mental thing this time. If we can bowl in the right areas, the wickets will come and that’s been our focus at the nets,” said Ishant.

On Monday, Ishant worked overtime at the nets at the Swalec Stadium in Cardiff. He bowled at full steam for close to an hour as India rotated their main batsmen on two adjacent wickets close to the main square.

Ishant is clearly not in top form. He leaked runs — a record 66 against Chennai Super Kings — during the Indian Premier League 2013 and hardly justified the price Sunrisers Hyderabad paid to buy him.

In India’s first warm-up game against Sri Lanka in Birmingham on June 1, the lanky pacer conceded 41 runs in his six overs and got the wicket of Mahela Jayawardene. But Ishant doesn’t want to read much into all this.

“It’s not the number of runs we fast bowlers conceded but the fact that the pacers repeatedly missed the edge of the bat are signs that the ball was being pitched in the right areas,” explained Ishant.

This will be Ishant’s second Champions Trophy. He was part of the pace quartet in the 2009 championship in South Africa that included Ashish Nehra, RP Singh and Praveen Kumar.

Ishant picked up three wickets in two matches, both games coming at Centurion, a pitch that usually has a lot for fast bowlers. This time, the 24-year-old wants to do improve that record.

With the sun beating down and the weather expected to be good, the wickets are likely to get a lot harder and tempting for the quickies. But Ishant is careful.

“I have a job to do but can’t say that I am the boss of this pace attack. It’s going to be a collective responsibility because there are others who will have to do as well. We are all of the same age and you can say I have a little more experience than Bhuvneshwar [Kumar] and Vinay Kumar,” said Ishant.

He is, of course, looking for a lot of support from Irfan Pathan. The left-right combination will help in English conditions as Ishant concluded, “Irfan has a lot of experience too. He can very well use the conditions. So it won’t be correct to say that I am going to front the attack alone.”

Arun Jaitley: When insiders get into betting, it transforms into fixing