We are into the last game of the ICC Champions Trophy 2013 as India and England face-off in the final at Edgbaston on Sunday. The two best teams have made it to the finals and there isn’t much to choose between them. 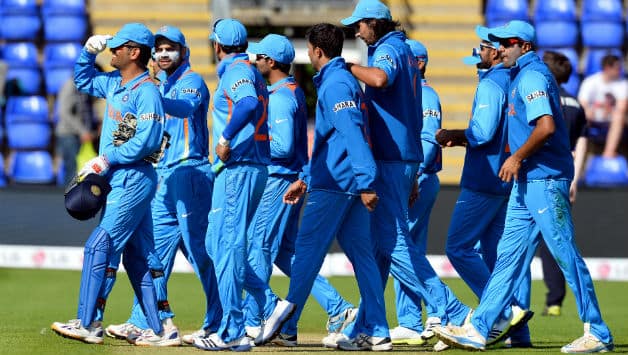 We are into the last game of the ICC Champions Trophy 2013 as India and England face-off in the final at Edgbaston on Sunday. The two best teams have made it to the finals and there isn’t much to choose between them.

The home side England have been stable, but not spectacular. Alastair Cook, Jonathan Trott, Ian Bell and Joe Root form a solid top four that often sets the base for a later assault. Later in the innings you have Eoin Morgan, Ravi Bopara and Jos Buttler to capitalise on that. But, do England leave it too late? One thing that they might consider is the fact that India’s death bowling is still a concern and they can exploit that weakness.

On the bowling front, James Anderson has dominated with his swing. He has used the conditions well and shown why he is amongst the best bowlers in the world. Stuart Broad has also supported him well. However, there is a toss up between Tim Bresnan and Steven Finn? If Bresnan is available, England might consider him in place of Finn, although the lanky pacer did well in the semi-final. James Tredwell has been a revalation and Greame Swann may give him some competition. But, it looks like Tredwell will hold on to his spot.

India have been boosted by a strong opening combination that has done majority of the job. Shikhar Dhawan has been the star of the tournament. Rohit Sharma has supported him well with patient efforts, but needs to build on the starts. Virat Kohli got runs in the semi-final and that should hold him in good stead. Dinesh Karthik has also been in good touch. The middle-order hasn’t had much to do because of the top, but that shouldn’t worry India a lot.

Bhuvneshwar Kumar, Umesh Yadav and Ishant Sharma have done a good job upfront. Bhuvneshwar has moved it around and bowled miserly spells to trouble the batsmen. Yadav may be on the expensive side, but adds the pace dimension. Ishant had a good day against Sri Lanka in the semi-finals and made amends in the slog overs. India would hope he carries that forward as the death bowling needs to improve.

Through all that Ravindra Jadeja has stolen the show with his splendid bowling. While he has taken the wickets, Ravichandran Ashwin has created the pressure with tight spells in the middle.

The last time the two teams faced off in a tournament final was in 2002 for the Natwest Series, where India pulled of a remarkable heist. Eleven years on, they meet with different units, but the stakes are higher. Who is going to take the final edition of the Champions Trophy home?